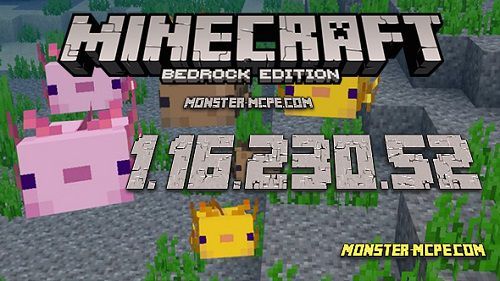 The developers have released a test version of Minecraft 1.16.230.52 on Android. In the update they added Axolotls and Deepslate. More details below.

A new underwater mob that spawns in the water below the ground. Has a lot of cool features: 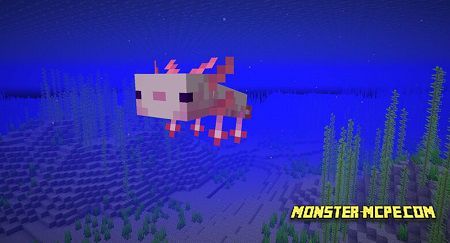 A stone block replacement that has 28 variations and spawns below the Y=16 block level. 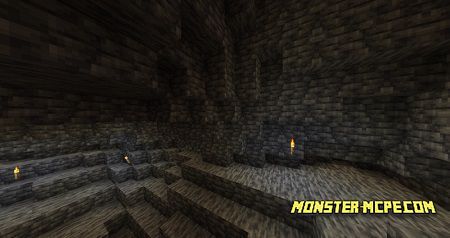 Related News:
Minecraft PE 1.16.230.50 for Android
A new test version of Minecraft PE 1.16.230.50 for Android has been
Axolotls Replica Concept Add-on 1.16+
Have you ever seen the new Axolotl creatures that were introduced by
Caps and Hats Add-on 1.16/1.15+
Would you like to add a new accessory to your character? If so, then
World Animals Add-on 1.16/1.15+
Would you like to add more different animals to the Minecraft world?
Comments (0)
Commenting