How to activate Caves and Cliffs in Minecraft 1.16? 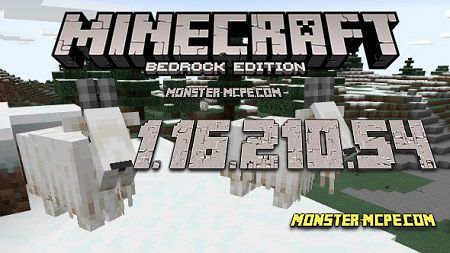 We are glad to present you with a new test update for Minecraft PE. Two weeks later, the developers of the Mojang studio released a new beta version of the Minecraft PE game. After a short rest, yesterday, Mojang presented us with a new beta version for all users of Android devices, namely Minecraft PE 1.16.210.54! This is a new test update that has fixed fourteen new bugs. Mojang also paid attention to the commands that you will learn about below. Let's take a look at all the new changes and features of the Minecraft PE 1.16.210.54 update.

The first thing worth paying attention to is fixes. As mentioned earlier, a total of fourteen new bugs were fixed. Below you will see the most significant in our opinion:

1. Added volume settings for function:Text To Speech;
2. The item received from the Wandering Traders called Sac of ink can now be used by players for crafting;
3. Improved the saving of skins when playing with a split-screen;
4. Fixed the alignment of values in the game events scoring system, in other words, the scoreboards.

The next thing you should know is the console commands.

Seven changes have been added to console commands. We have highlighted the main ones in a separate list: 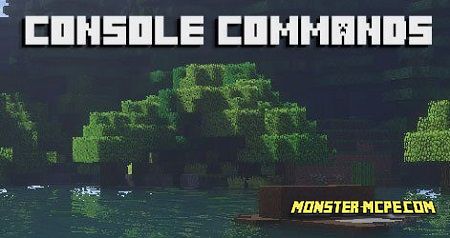 Related News:
Cave Enhancements Add-on 1.16+
We present to your attention a large and fairly voluminous Cave
Minecraft PE 1.16.100 for Android
Dear fans of the Minecraft world, yesterday Mojang provided us with a
Minecraft PE 1.16.200.53 for Android
Today is Thursday, which means that today we present you with a new
The Wandering Illager Add-on 1.16/1.15+
Have you ever faced hostile mobs like Illagers? Surely yes. For those
Comments (0)
Commenting