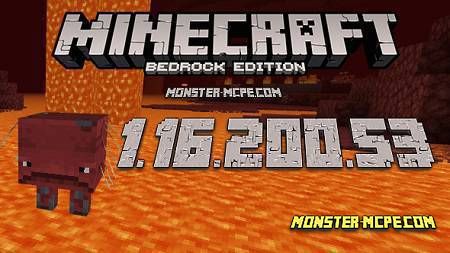 Today is Thursday, which means that today we present you with a new beta version of Minecraft PE 1.16.200.53 in which Mojang made changes to the sound aspects of the game. The settings added the ability to change the volume of different sounds. There are also new changes for the upcoming Caves and Cliffs update, namely a new mob, a new block type, and updated biomes.

But recently, the developers of the studio Mojang presented us their first steps towards updating Caves and Cliffs. Back in Minecraft PE version 1.16.200.52, Mojang Studios developers decided to add certain innovations from the upcoming Caves and Cliffs update. Please note that to activate all changes from the new update, you must enable the experimental mode in the menu for creating or editing the world. Let's take a quick look at everything that was added in the last update, in case you missed it.

The first is a new mob that you might have heard about half a year ago, namely mountain goats. This is the first and, perhaps, the main mob of the Caves and Cliffs update, mountain goats. Their presence in Minecraft Pocket Edition 1.16.200.52 makes it possible for players to check now how it will look in future versions of the game. These animals are quite active and agile, and in some cases, they will interfere with the player, as you invade their territory. 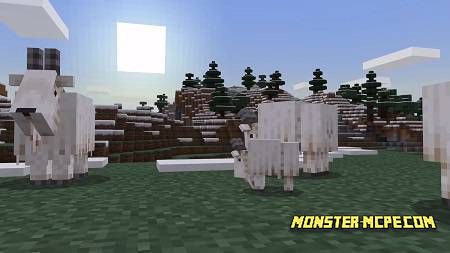 In addition to the new mob, a new block of snow has also been added to the game, namely Powder Snow. If the player moves on it, he will gradually fall through. This type of snow may or may not be useful in some cases, it allows players to avoid falling damage, but it will also slow you down. It can also be used as traps. Now let's take a look at the changes regarding the sound settings of the game. The developers of Mojang Studio have added volume settings for different categories. When you change the settings, you will hear sounds with variable volume. Added various volume sliders. 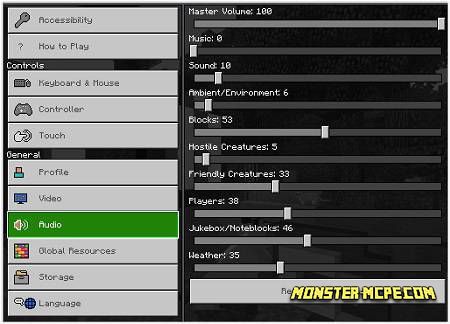 What is available to the player:

Like all versions, this version also has certain bug fixes. In total, 15 different bugs have been fixed. Below you will see the most significant fixes in our opinion:

1. Netherite armor reduces knockback by 90%;
2. Crashes from the Minecraft world when loading the local world have been fixed;
3. A bug has been fixed, due to which, when the wiggle is turned off, the character's hand still sways;
4. Bees will no longer fly further 22 blocks from their hive;
5. Minor changes in the Character Editor;
6. Fixed text-to-speech conversion in the Servers tab.
Facebook
Twitter
Pinterest
Minecraft PE 1.16.200.53 for Android
minecraft-1-16-200-53.apk
Download free[123.66 Mb]

Related News:
The Caves and Cliffs Update - Release Date
In today's article, we will consider with you the date of release of
Minecraft 1.17: The Caves and Cliffs Update
Greetings to all fans of the Minecraft world. Today we'll tell you
Minecraft PE 1.19.0 for Android
You probably already saw our article about what awaits players in the
Minecraft 1.17.0 for Android
We present to your attention the announcement of the upcoming update
Comments (0)
Commenting