We present to you a new update that the developers of the Mojang studio recently presented to the Minecraft Community, namely the new free full version of Nether update Minecraft Pocket Edition 1.16.100.58 for Android with a working Xbox. New fixes and improvements await you in the new update. Let's take a closer look at the new version.

Every week, Mojang releases a new update, each of which improves the game and makes the Minecraft world better and better. Exactly a week has passed since the last update, and today we have received a new update from the developers of the Mojang studio, namely Minecraft PE 1.16.100.58. In this version, Mojang fixed some technical errors, as well as bugs found in the gameplay of the game.

The first thing to look out for is the mobs. As in the last update, the Mojang are now paying more attention to a new subtype of Piglins, namely Brutal Piglins. This is the more aggressive type of habitual Piglins. Unlike normal Piglins, Brutal Piglins are not big fans of gold. The main purpose of these creatures is to guard the treasure chests that are hidden in the Bastion Remnant. Among all the inhabitants of the Nether world, Brutal Piglin has the most health points. 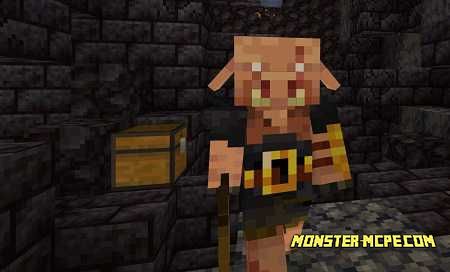 Regarding fixes in the Gameplay, recently the players noticed two serious bugs. One of them was associated with the fact that tall plants could break independently for some reason. Also, players could not use a lava bucket for fuel. With the release of Minecraft Pocket Edition 1.16.100.58, these bugs have been fixed.

Have you seen new blocks before? You've probably already seen a huge number of new blocks that were added with the Nether update. Among these blocks, it is worth paying attention to some of them, namely Lodestone and Target.

Lodestone is a special unique block that will not let players get lost in the Nether world. Lodestone changes the functional properties of the compass in such a way that it begins to point to the block itself, and not to the player's spawn point. This allows players to mark different coordinates on the map. 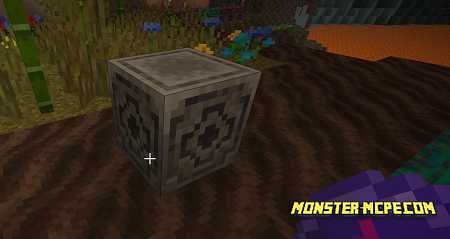 Please note that if a player enters another dimension or breaks the Lodestone block, the compass tied to it will start rotating in different directions without stopping.

Target block. This block type really liked the developers and creators of the maps. The target signals a Redstone when an arrow hits it. This means that using this block, you can create a functional shooting gallery. Players can craft this block using Redstone Dust and four Hay Bale blocks. 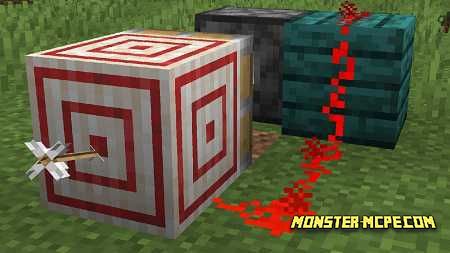 In the new Minecraft PE 1.16.100.58 update, the Mojang developers have fixed the following bugs: