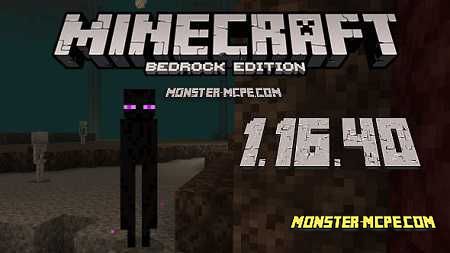 Today is Friday, and today the developers of the Mojang studio unexpectedly released a new Minecraft PE 1.16.40 update! Less than a day after the last update, the Mojang developers released a new update with just a few fixes. You say Is this all? Most likely not, there are very few fixes from the official source, maybe even no more than three, but it is obvious that this is not the whole list of real changes.

Now we will briefly talk about small changes that have affected the gameplay and some technical part of the game. But before we start, we want to remind you that this version is already available for all users of Android devices with a working Xbox Live.

Let's start with the main fix in the gameplay of the game.

The first thing we start with is Crimson Forest, a unique biome in the Nether world with a lot of interesting structures, creatures, and places. Everyone already knows that this biome consists entirely of blocks of red and scarlet color. It is inhabited by hostile Hoglins and Piglins who will attack players at every opportunity.

One of the interesting things about Piglins is their love for Gold! Players can easily distract this creature by picking up gold and throwing it near Piglin. Another way is to wear the Gold Armor. Also in the full version of Minecraft PE 1.16.40 Piglins can trade with the player using gold bars as currency. Often, when interacting, bugs appeared that greatly interfered with the gameplay. 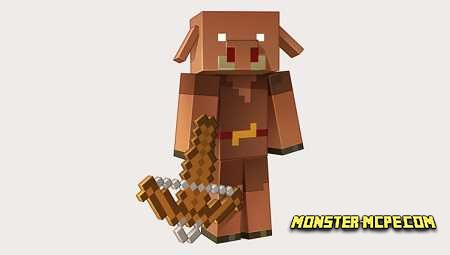 The next ones are funny but dangerous Hoglins! This is a rather large mob that lives in the crimson forest in Minecraft 1.16.40. Very aggressive, if he sees a player, he will immediately attack him. We would like to note that the Hoglins' damage is not painful. Therefore, it will not be difficult to defeat him.

Please note that in the release of Minecraft PE 1.16.40, Hoglins can be bred using crimson fungus. But this should be done with extreme caution.
At the same time, seeing the warped fungus, the Hoglins run away in different directions. As you already understood, by throwing such fungi near you, you can protect against the attack of these creatures. 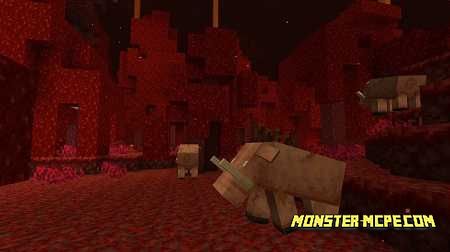 And the last is a special block that was added to the Minecraft world in the Minecraft PE version 1.16, namely a block called Lodestone. This type of block can affect the operation of a device such as a compass. After that, the compass stops showing the player's spawn point and shows the direction only to the Lodestone block. This will allow players not to get lost in the wilds of the Nether world. 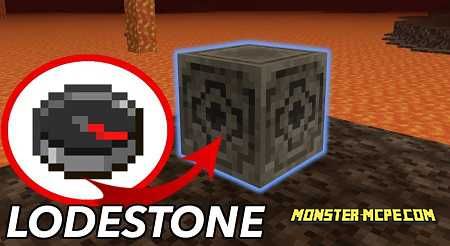 This is a very useful and unique block that you can craft using eight Chiseled stone bricks and Netherite ingot. After that, you just need to place the block on the ground and tap on it with a compass. If you break the Lodestone, then the compass attached to it will start rotating non-stop in different directions.

And the last one is Bug fixes.

As mentioned earlier, there are very few changes and fixes in the version of Minecraft PE 1.16.40.02. But at the same time, we are sure that the list of fixes was much larger.

1. Fixed crashes on iOS devices;
2. Fixed a bug due to which the login button did not work;
3. Fixed an authorization error on Nintendo Switch devices.
Facebook
Twitter
Pinterest
Minecraft PE 1.16.40 for Android
minecraft-1-16-40-02.apk
Download free[94.63 Mb]