Below you can see examples of how this will look in the game:

Where did this block come from?

Previously, this block was used on different servers in Minecraft 1.6.0. Since the player does not have the ability to manually select it, he will not be able to destroy it, only place it. A player can destroy such a block only using the /setblock or /fill commands. Such blocks were more often used as the border of the world.

Choose one of the add-ons offered to you: 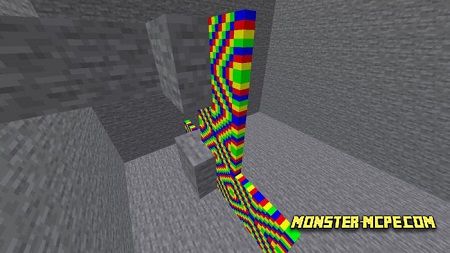 Related News:
What to do in Minecraft during quarantine?
We present to you a new news section! This is a new section in which
Repairable Iron Golems Add-on 1.16/1.15+
A useful add-on for one of the biggest and most powerful defenders of
Monster Hunter (Bedrock) Addon 1.15+
We present to you a very interesting addon that adds new creatures to
Minecraft 1.15.0 for Android
Wow, the new version of Minecraft Bedrock Edition 1.15 has been
Comments (0)
Commenting