A stunning pack of textures that puts the image of all your favorite mobs on game shields! In the future, even more, options for images for shields will be added, and now let's look at all those that are already available to each player. In general, there are more than 8 types of shields with different mobs. Choose the one you like the most!

See an example of how this will look in the game:

Let's take a closer look at the image of which mobs we can put on our shield:

Soon, more Wolf and Shulker will be added.
We also draw your attention to the fact that all of the above mobs can have Borders on shields, except for Enderman. But they are already working on it.

Here's what it looks like with borders on the image: 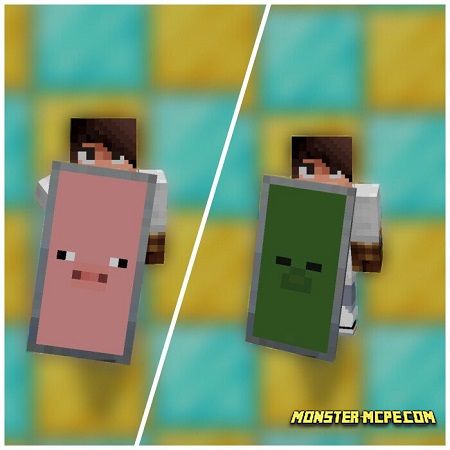 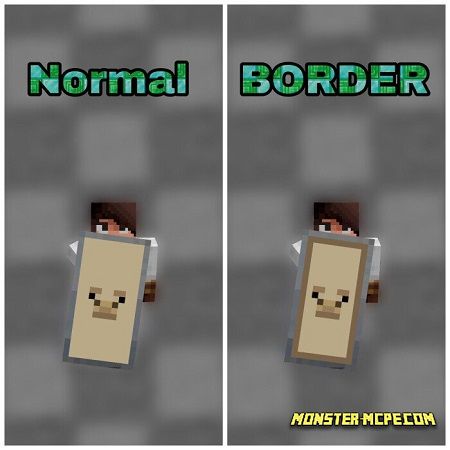 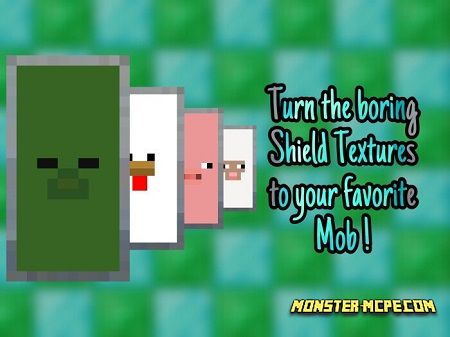 Only you choose, someone likes with borders, and someone without borders.

1. Select the texture pack, and then click the settings (in the form of a wrench):

2. And change them as you want.

As previously mentioned, more mobs will be added later. Choose your favorite mob and a good game!
We also draw your attention to the fact that in some cases there are problems with the display of mobs on the players' shields. There were times when the image on the shield was turned upside down. Do not panic, this is a bug that appears on the version of the game Minecraft 1.13. This is a fairly common mistake, to avoid this, download the Reverse version of the texture pack!

Related News:
The Wandering Illager Add-on 1.16/1.15+
Have you ever faced hostile mobs like Illagers? Surely yes. For those
Golden Utilities: Transport Any Mob and Much More Add-on
Have you ever faced the problem of transporting mobs or maybe you
More Tools Add-on 1.18
Has it ever happened that you have a lot of resources in your
Tools and Armor Add-on 1.17+
You can never have too much armor and tools.
Comments (0)
Commenting