Would you like to change the look of the villagers? If yes, and you are really tired of the old and boring villagers look and want something new, then the new Pigman Villagers addon is exactly what you need. The new addon changes the old textures, sounds, and appearance of the villagers. Now you will see an updated look for the characters such as villagers with new sounds, textures, models, and animations.

Below you can see screenshots of what the villagers look like: 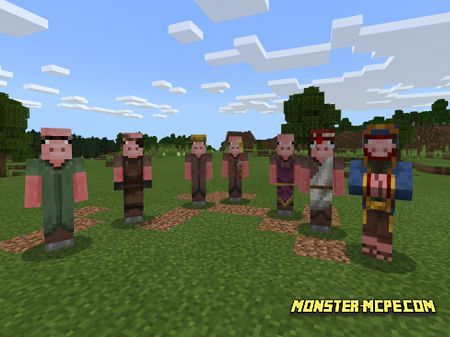 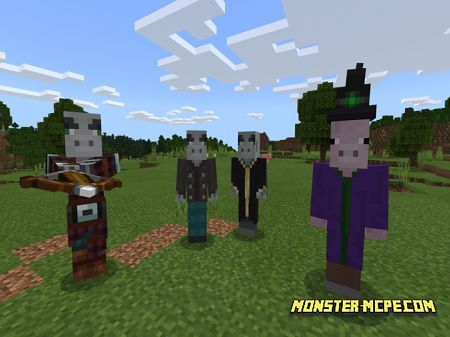 Related News:
Helmet Models Vanilla Texture Pack
Would you like to change the helmet in your game, making it truly
Nickelodeon Add-on 1.16+
This is perhaps one of the first add-ons that add characters from the
Cave Enhancements Add-on 1.16+
We present to your attention a large and fairly voluminous Cave
Jurassic Addon
Jurassic Addon - this is a fairly large and voluminous addition that,
Comments (0)
Commenting