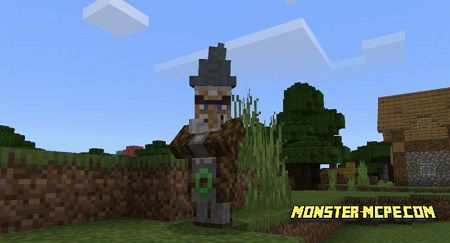 This mob will wander around the world of Minecraft at night, and will also be located in the villages to protect from danger. The wizard has 30 health and this will be enough to fight hostile creatures and pillagers. Able to deal 3 damage in one hit. The wizard has its unique abilities that he uses during battles: teleportation and shulker bullets. Teleports at different speeds depending on where its target is located. In case if he dies the wizard will drop 5 bottles with enchantment and 3 emeralds can drop. 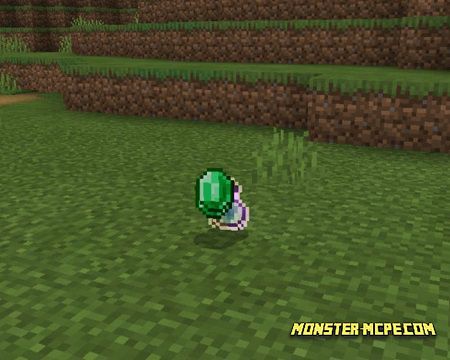 Wizards will be very aggressive towards the Illagers and Pillagers. They will automatically fight with them as soon as they see them. Below you can see an example of how a wizard attacked them and threw them up into the air. This is, as you can see, powerful mobs, especially when they walk in groups. In addition to the Villagers and Pillagers, they are able to fight other hostile mobs, including zombies, but only if they are the first to attack him. 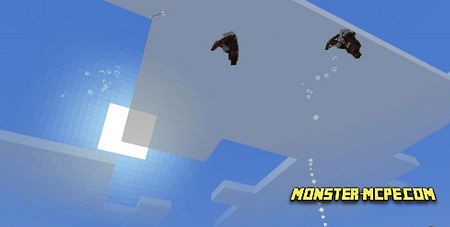 The only creature that can scare away wizards is the Ravager.

As already mentioned in case if he dies, he will drop 5 bottles with enchantment and 3 emeralds.

Related News:
Monster Hunter (Bedrock) Addon 1.15+
We present to you a very interesting addon that adds new creatures to
Download Minecraft Java 1.14
Everyone is looking forward to a new update for everyone's favorite
Wizards! Add-on 1.13/1.12+
This add-on is for those who thought that the witches are cool ...
Redstone Mechanic Addon
Increase your playing skills and get a great experience in game,
Comments (0)
Commenting