We present you with a new add-on using which players will add a new creature called the Weaver to their Minecraft world. This is a very interesting and mysterious creature that arrived in the world of Minecraft from space. These monsters do not eat simple food such as meat or vegetables, they like radiation or dark matter. All this makes them very powerful. The energy that they feed on allows them to fight against any enemy whom they might meet in their path. These monsters look like dragons from outer space, below you can see how they look in the game.

Characteristics of the Weaver:

Yes, this is a really dangerous monster. 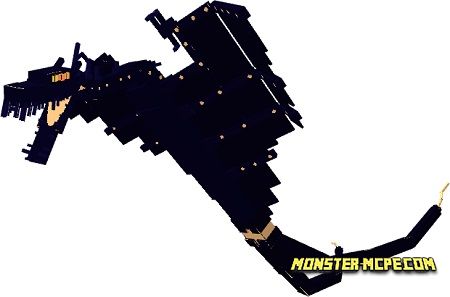 The new monster has a very unique ability, namely, it can pass through solid objects due to its energy abilities. 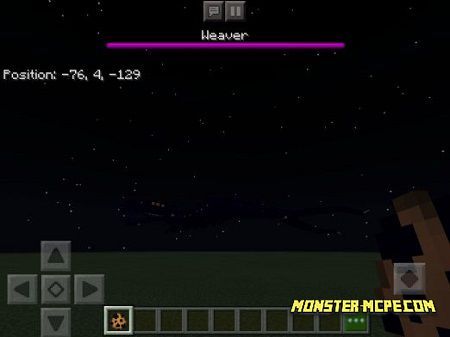 Another feature of them is that at night they practically merge with the night sky. In other words, it is very difficult to see them in the sky at night, and this can be fatal since they will easily kill you. 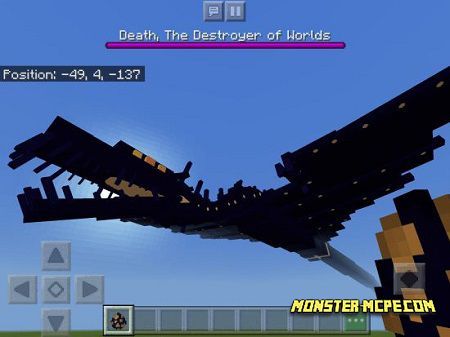 There is another type of Weaver. This creature is much larger and stronger than the normal the Weaver. It's called Death, The Destroyer of Worlds! This creature has such a name for a reason, because it has been living for many thousands of years, has a large size and destroyed dozens of planets. Its size will shock you. As you could already understand, this is a very powerful creature with 550,000 health and 22500 attack power. Oh, yes, it's a terrible destroyer.
Facebook
Twitter
Pinterest
Weavers Addon 1.15/1.14+
weavers.mcaddon
Download free[148.77 Kb]

Related News:
Infinity Stones Addon 1.14/1.13+
We present you the add-on that will change your Minecraft world,
Redstone Mechanic Evolution 1.14/1.13+
A new add-on that adds new creatures to the game. This add-on, unlike
Download Minecraft Java 1.14
Everyone is looking forward to a new update for everyone's favorite
Redstone Mechanic Addon
Increase your playing skills and get a great experience in game,
Comments (0)
Commenting