This addon is exactly for those, who can not wait till Minecraft will update and for those who wants to get a new and pretty cute animals, as pandas. On Minecon-2018, was announced the new features of Minecraft, which is included these animals. Unfortunately here, pandas will not have the same behavior, as it was described in Minecon, but they look very similar, and also except of panda, bamboo was added too!

New animal, such as panda, replaces polar bear, that is why in order to spawn them, you should use spawn eggs.

What you should know:
One more thing which was announced on Minecon 2018, here was added such item as bamboo, which is replaces sugar cane. 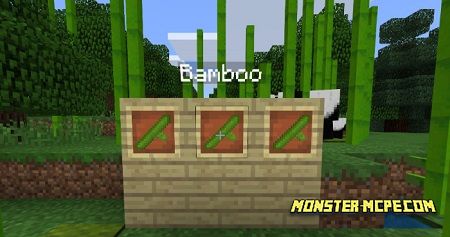 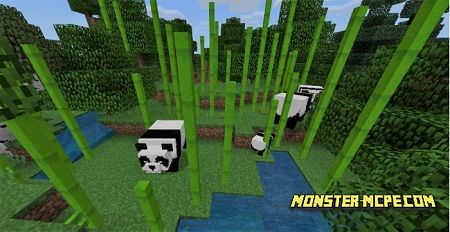 Related News:
Minecraft Bedrock 1.8.0.10 apk free
Almost every player of Minecraft, already heard about new coming
Magent And Pagent Add-on (1.8+ Only)
This addon adds a new creature to Minecraft, which are Pagent and
Download Minecraft PE 2.0.0 apk free
A lot of players of PC, X-Box, PlayStation, and of course of mobile
Redstone Mechanic Addon
Increase your playing skills and get a great experience in game,
Comments (0)
Commenting