The Realistic Explosions mod will try to make explosions in Minecraft PE more realistic. To do this, the author will change the physics of the process. Custom blocks will also work when exploding, but they will have empty textures after the explosion. An interesting addition for those who like to blow things up. 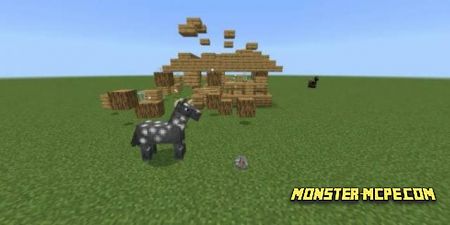 An impacted block is a block that will be thrown away after the explosion. Accordingly, if before such blocks fell out in the drop, now they will simply change their position in space. 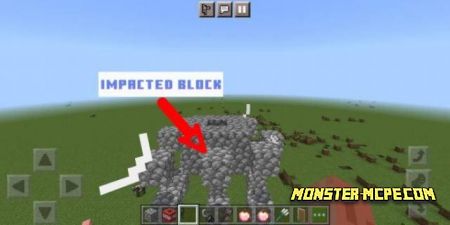 Also, the explosion does not work on some blocks: for example, composter, cactus, sand, oven, and others. They will just explode and drop. 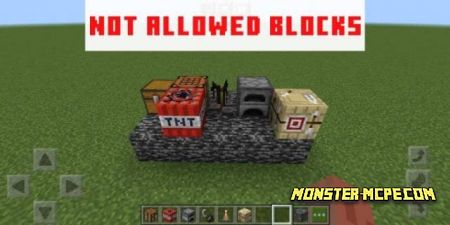 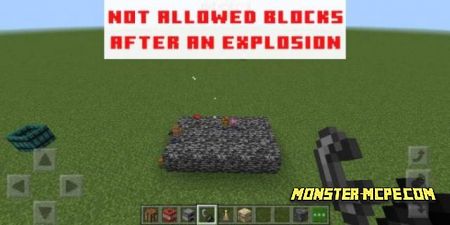 Custom blocks will also explode and drop off, but will have a different type of texture after being exploded. Once the block touches the ground, it will become normal. 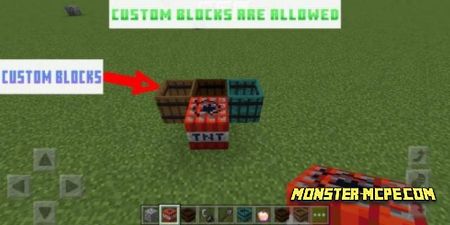 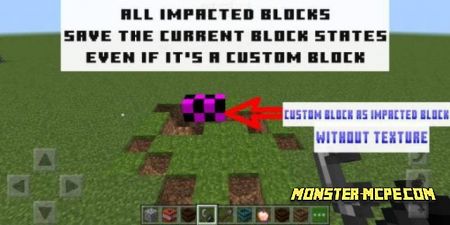 The addition works with all types of explosion in the game: creeper, fireball and so on. 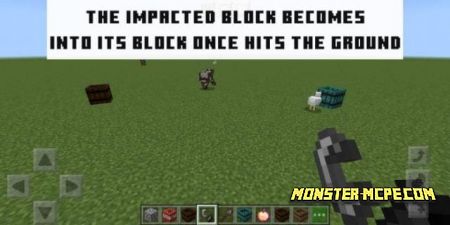 Related News:
More Tools Add-on 1.16+
Has it ever happened that you have a lot of resources in your
Tools and Armor Add-on 1.17+
You can never have too much armor and tools.
SpongeBob and Gary Add-on
Perhaps there isn't a person who has never heard of SpongeBob. It's a
Golden Utilities: Transport Any Mob and Much More Add-on
Have you ever faced the problem of transporting mobs or maybe you
Comments (0)
Commenting