Landmines and Miniguns mod is designed for those who believe that weapons in Minecraft should be powerful and firearms. Especially for this type of users will be added miniguns, mines and rocket launchers.

Who doesn't like guns? Most likely, mobs, as the player will be able to destroy anyone who gets in the way.

To get such dangerous equipment go to the nearest village with a blacksmith. After that, you must earn access to trade, and then buy the desired guns and ammunition. Instead of a cool, extremely powerful and useful axe at the last level of trade, players will receive miniguns, mines and rocket launchers. No one wants an enchanted axe, so feel free to send emeralds to the blacksmith and get cannons.


Lightning minigun. Set them up if you want automatic defense of the territory. The cannon fires extremely fast. After firing it has a small cooldown. Drops only when destroyed by the player. Purchase items from him. 
Armor-piercing grenade launchers
We hope these things don't exist in real life. The shot from this thing will pierce through the mobs without leaving any trace on the terrain. Not a single block gets hit, but we have our doubts.


Rocket Launchers
The new weapon is installed in the same way as the miniguns. But the principle of operation is slightly different: after firing the rocket launcher will literally leave a hole instead of a mob. That's how powerful this weapon is. Use it wisely.


Mines
There are two types of mines: red and yellow. The principle of action is the same, but the yellow ones do not break blocks. The object is placed on the ground. The principle is simple: the player must move away from mine in five seconds, otherwise mine will explode every player or mob that approaches. The power of the explosion is comparable to a charged creeper, so place the object away from the houses. 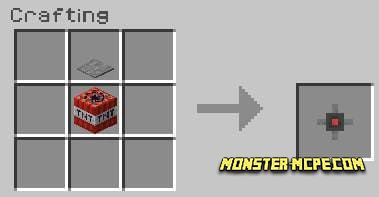 The yellow mine doesn't break blocks, so it's cheaper. 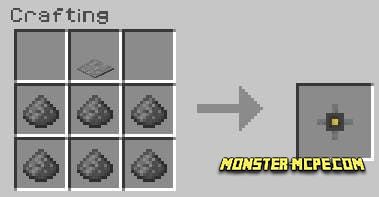 Set the item on the ground and shoot your enemies at long range. Of course the item doesn't have much health, so stock up on iron bars. 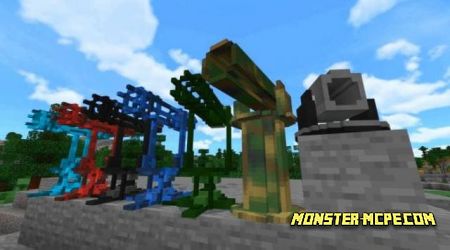 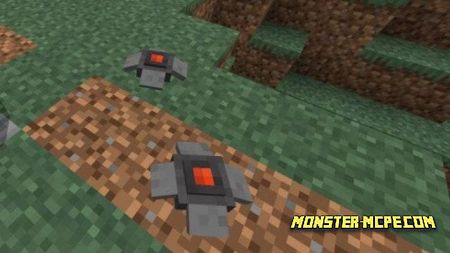 Changes in the new version
Added a controllable cannon

Related News:
Tools and Armor Add-on 1.17+
You can never have too much armor and tools.
SpongeBob and Gary Add-on
Perhaps there isn't a person who has never heard of SpongeBob. It's a
More Tools Add-on 1.18
Has it ever happened that you have a lot of resources in your
Village and Pillage+ Add-on 1.17+
The Village and Pillage+ mod expands the capabilities of both
Comments (0)
Commenting