Do you like motorcycles? Have you ever watched the movie Tron? Would you like to combine both? If yes, then the new addon is what you need, since the new addon, as you might have guessed, adds a new and truly unique motorcycle from the Tron movie to your Minecraft world. If you've seen such a unique cyberpunk movie like Tron before, then you probably know what Tron motorcycles look like.

Those who have not seen before what these motorcycles look like will find something new and futuristic in them.

The new addon adds to your world two new Tron motorcycles with a futuristic look, each with a unique color and lighting, namely blue and yellow.

Below you can see how Tron motorcycles look in the Minecraft world using spawn eggs from your inventory: 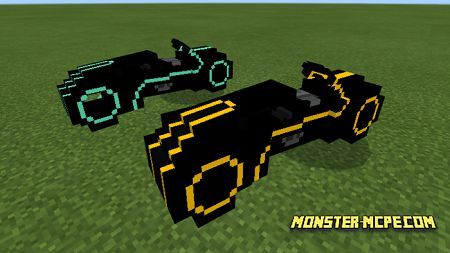 Also, below you can see what the mechanism for summoning motorcycles looks like using the command block buttons: 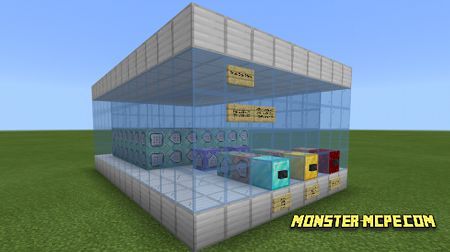 In order for players to use this mechanism, you need to use the / function start command, after which it will spawn near you.

Go to the buttons and choose the color of the motorcycle you want the rest will be done by the command block mechanic: 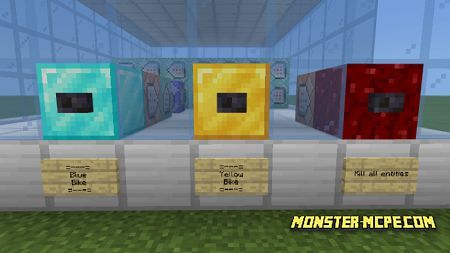 Related News:
Cyberpunk 2077 Add-on 1.16+
Have you played the most anticipated game of the end of this year,
Cave Enhancements Add-on 1.16+
We present to your attention a large and fairly voluminous Cave
Project Walker Add-on 1.16+
Would you like to change your Minecraft world and create more
Jurassic Addon
Jurassic Addon - this is a fairly large and voluminous addition that,
Comments (0)
Commenting