The first three characters that we will consider directly are Edd himself, Tom, and Matt. All of these characters have between 20 and 30 health points. To tame them and be in the same team, you need to use certain items, for example, for Edd, you need to use Coca-Cola, for Tom use beef (cooked), and for Matt use cookies.

Using the above items of food, the player can tame new characters, after which they will follow you everywhere. In case one of these characters received damage after the battle, players can use food items to heal them, for example, you need to use Coca-Cola for Tom, melon for Matt, and pork chop (cooked) for Ed.

Please note that if the player first hits one of the characters, they will fight you until they kill you, so be careful!

The next character is Tord. This is one of the strongest characters in the add-on. This mob has 50 health points. Players can tame Tord using cooked beef.

After you tame this mob, he will follow you everywhere. As with previous characters, if the player hits Tord, he risks dying. If, on the contrary, you tamed him and he received damage while fighting other hostile mobs, then you can heal him using cooked pork chop.

The fourth character is called Ringo. This is a pet of Edd that has 15 health points. Players can tame this mob using salmon or cod. After you tame this mob, he will follow you everywhere.

And the last three characters from Eddsworld are Mark, John, and Eduardo. These mobs are neighbors of Edd. All these characters have 20 health points. Players can also tame these mobs, but not all. Please note that you cannot tame Eduardo. For other mobs use the following, namely, use pumpkin pie for Tom and use raw pork chop for Mark.

If you do not tame them and attack, there is a high probability that these mobs will kill you. Get ready to fight. In case you have tamed new mobs and want to heal after any battle, use raw chicken for John, and cooked pork chop for Mark.

Now let's take a look at the items that will be added to your world, namely Coca-Cola and Matt's Mirror.

The first is Coca-Cola. Players can craft this product using a bottle, bucket, sugar, Oak Trap Door, and cocoa beans. Crafting recipe below: 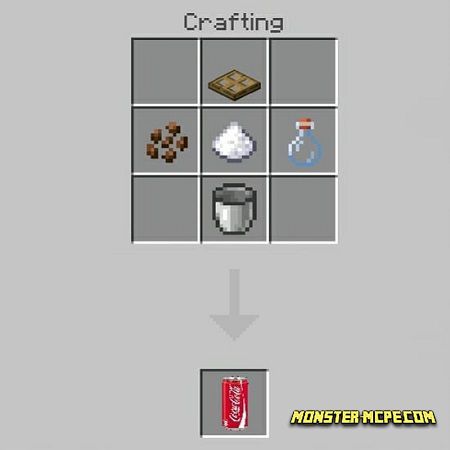 Please note that after Edd's death, he drops Coca-Cola.

And the last item is Matt's Mirror. To craft this item, just use a stick and a block of glass. Crafting recipe below: 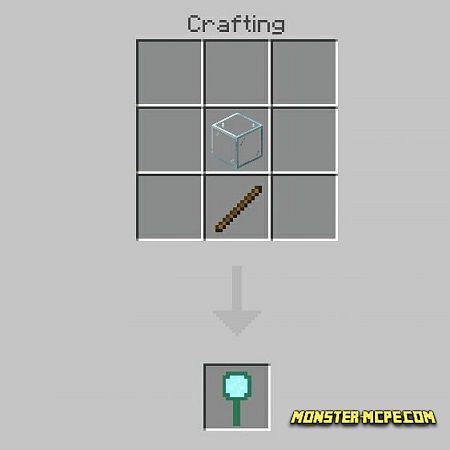 This item can deal 10 damage to its target (mob, player). Also, Matt drops this item after death.

Related News:
The Clone Wars Add-on 1.16+
Would you like to add new caves to your Minecraft world that the
Cave Enhancements Add-on 1.16+
We present to your attention a large and fairly voluminous Cave
Jurassic Addon
Jurassic Addon - this is a fairly large and voluminous addition that,
World Animals Add-on 1.16/1.15+
Would you like to add more different animals to the Minecraft world?
Comments (0)
Commenting