Would you like to improve your survival by making it easier and more fun and interesting at the same time? If so and you are wondering how it will work, then the new add-on is exactly what you need. Now players can get some items easier than it was before, as well as get items that were simply impossible to get earlier. We also draw your attention to the fact that using this add-on you should beware of such creatures as Phantoms.

With the new add-on, this hostile flying creature will be very strong and even the best armor from Netherite will not help you, your only hope is totems. Let's take a look at all the features of the new add-on below.

As mentioned earlier, the new add-on simplifies survival, and also makes it more interesting and fun.

The first thing to pay attention to is that players can now get material like Netherite much easier than it was before. Also, now players can craft such food items as God's apple, we draw your attention to the fact that the crafting recipe is simple and easy to craft. 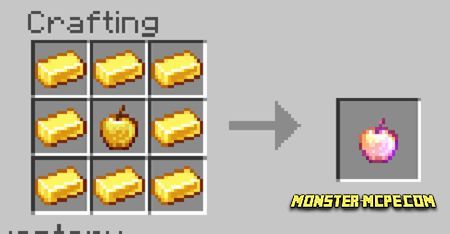 Now players can craft one ingot using not nine nuggets, but only four. 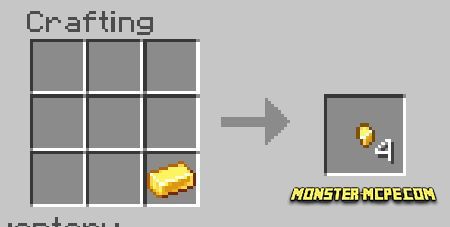 The Shulker Box crafting recipe will now be shapeless.

Another feature of this add-on is that by killing Piglin you can get such material as netherite scrap or try to trade with it.

Also, players can get the totems necessary for survival from Evoker. This mob drops up to three totems at a time.