Have you ever had a Lego? Yes, the same Lego, which is a series of educational toys, which are sets of parts for assembling and modeling various objects, constructors. We think most of the players had Lego in one way or another, or they just played with it at least once. That is why this exciting educational game was added to the equally beloved world of Minecraft. Now players can play Lego while playing in their Minecraft world. Players can build not only different creative structures in a blocky world but also structures from Lego elements.

Use brick Lego elements and create new unique structures. Also, players can find them not only for such use but also as decoration as collectible sets.

The new add-on allows players to express their imagination and creativity in a new way.

Lego bricks will be added to the world of Minecraft, which will be available to players in three different colors, namely yellow, blue and red. More colors will be added in the future. Below you can see how it will look in the Minecraft world: 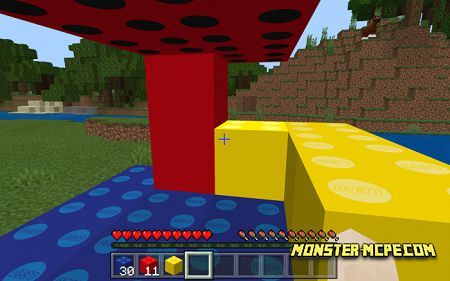 Everything is very simple, in order for the player to start constructing different figures and objects, you must first find a special Lego box. We draw your attention to the fact that it should not be difficult for a player to find such a box, since they are generated in different places of the Minecraft world. If you still can't find such a box, you can use the / give @s command, with the following text: lago_addon: lego_box. (Note: There were no mistakes in the name of command Lego, the name was changed for certain reasons).

Below you can see a screenshot of what the Lego box looks like in the Minecraft world: 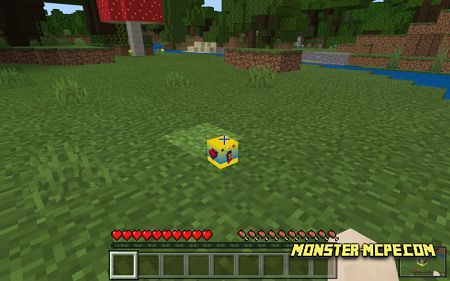 It is important to know that when you find a Lego box, pay attention to the numbers shown on it, as they indicate how many Lego bricks are contained inside the box. There can be up to 74 Lego bricks in total. Also, on each lego box, there are figures that players can create using bricks. Try to repeat what is shown on the box, or create your own unique shape or object. Screenshots of different creations: 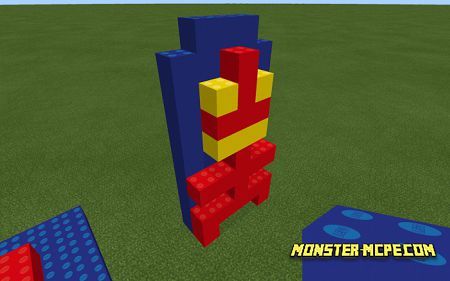 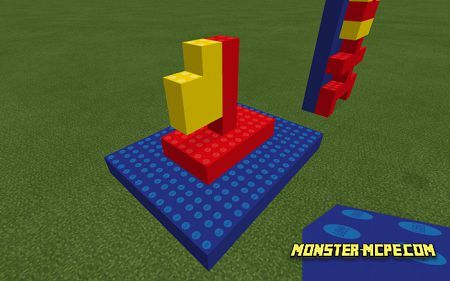 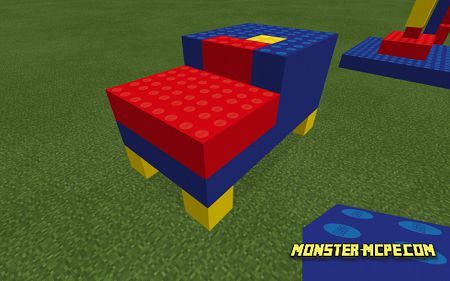 In order for the player to start using Lego bricks, you must first break the found box with Lego and take all the contents.
After you break the lego block, you can get 37 lego bricks.

Related News:
Cozy Brick House Map
Would you like to live in a large and very comfortable house in the
Cave Enhancements Add-on 1.16+
We present to your attention a large and fairly voluminous Cave
FunkoPop! Add-on 1.16+
Do you know what Funko POP is? If yes, then you will definitely like
Star Wars Toys Add-on 1.15/1.14+
Do you like Star Wars? And yes, we are talking about that legendary
Comments (0)
Commenting