Now is the best season of the year, it is summer. And it means that we can see butterflies not only in real life on the yard or on the street, but also, in MCPE world. This addon gives opportunity to test new mob, butterfly (replaces well-known Bat). Also, you have a great opportunity, to choose the best color for your mob from available 11, after installation, you ll see that this mob has more functions than bat.

These butterflies are much bigger than in real life, also, you may find them not on the yard or on the street but in caves. In general, this mob is much better and more usefully, previous one.

Get a great bonus from this mob is elytra, just kick butterfly and it will drop this item after dead. (elytra — an armour item, can use it if you want to fly (to fly indefinitely- in creative mode)). 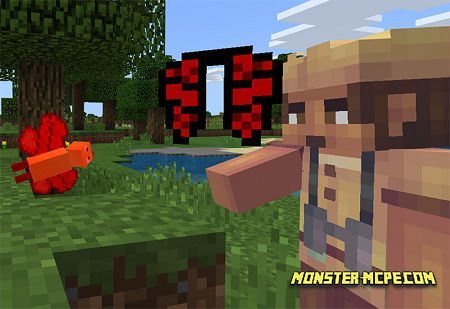 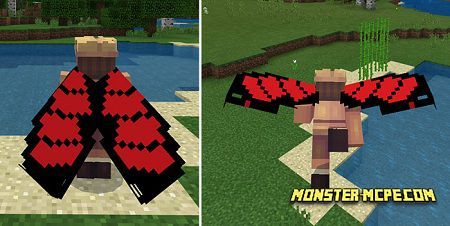 Related News:
Magent And Pagent Add-on (1.8+ Only)
This addon adds a new creature to Minecraft, which are Pagent and
Download Minecraft PE 2.0.0 apk free
A lot of players of PC, X-Box, PlayStation, and of course of mobile
Find The Button: Summer Edition (Minigame)
New “Find The Button” map in summer theme. You can find button as in
Redstone Mechanic Addon
Increase your playing skills and get a great experience in game,
Comments (0)
Commenting