Have you read about a world-famous wizard named Harry Potter? If you haven't read it, you probably watched the famous Harry Potter movie. To understand how much this is a famous character in the book of the English writer J.K. Rowling, until 2008 more than 400 million copies of the Harry Potter books were sold, and they were translated into 67 languages!

For all fans of Harry Potter and just for those who would like to change something in their Minecraft world, we present a new addon that adds school costumes of wizards from the world of Harry Potter to the game.

Now you can become a part of the magical world and a student of the Hogwarts School of Witchcraft and Wizardry. In the game, you can use things like scarves, robes, and other things for your character. Notable items include the simple Hogwarts school robes, quidditch robes, and famous paraphernalia.

Below you can see what things will be added to the Minecraft world: 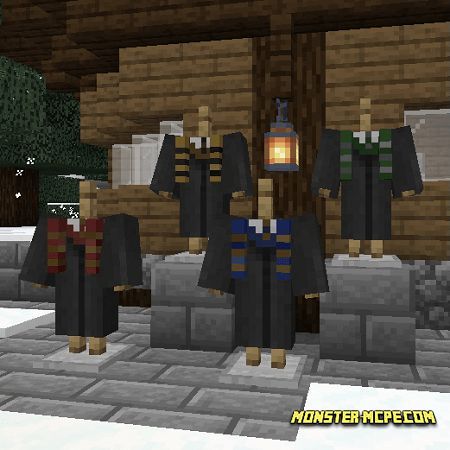 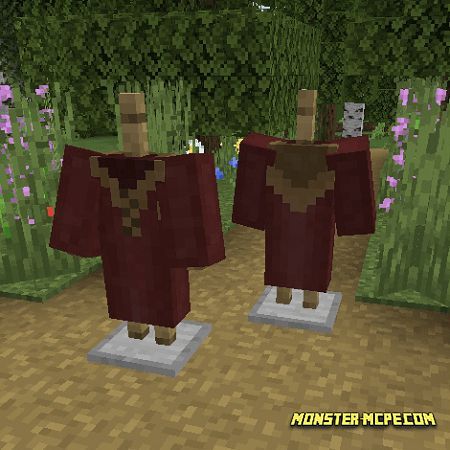 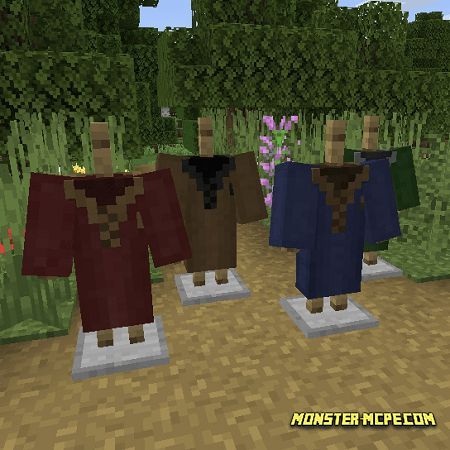 Please note that players can wear scarves as a helmet, apparel as a chest plate. Use new clothes for your role-playing games in the world of Harry Potter.
Facebook
Twitter
Pinterest

Related News:
Wizards and Wands Add-on 1.16+
Would you like to add new magical creatures to your Minecraft world?
Cave Enhancements Add-on 1.16+
We present to your attention a large and fairly voluminous Cave
Jurassic Addon
Jurassic Addon - this is a fairly large and voluminous addition that,
Magical Books Addon 1.16+
A new add-on that adds new items to your Minecraft world, namely new
Comments (0)
Commenting