Increase your playing skills and get a great experience in game, using this new addon. New twenty-three redstone mobs for MCPE. It is totally extreme addon with additional functional mobs. Details description below.

As soon as you will see how it begins to shaking, start to run away from him, he will explode.

Flying chair: comfortable device for flying. All you need to control this item is to click on jump button when you on the chair and then move in direction you need.

This machine pick up all items from the ground, automatically and save it. Take it on a leash. 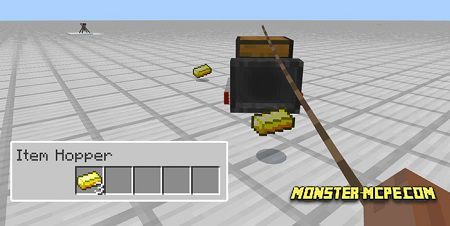 Destroyer (redstone): very dangerous in case if he will detect you, it is enemy mob, shoot snowball at its enemies.

Motor (redstone): type of technical device for movement on the ground. Use redstone for increasing speed. With using these items: diamond, sword or redstone, help you to control this vehicle. Will explode if it will die.

Dropper robot: mob gives' dropper block for dispenser robot. As it was mentioned before, dropper robot is dangerous for player, that is why, it will be not so easy to get it.

Trade treasure things (in case if you will get it).

Golden destroyer (redstone): same mob, as previous destroyer, but much stronger and instead of snowball he shoots by fireballs.

Tnt anator: In order to attack his enemies he uses TNTs, also, spawn only in Nether. It is dangerous mob for player. He attacks all creatures. (He has immune for TnT)

Necro circuit: you can find this mob in the Nether, but be attentive, he fly and searching for you. Do not underestimate this mob, its very dangerous, strong, and shoots at his enemies three fireballs in one time.

Turret (redstone): you should place it where aggressive mobs will no have opportunity to get to it, very weak. This turret will protect, firing in your enemies of snowball and arrow. 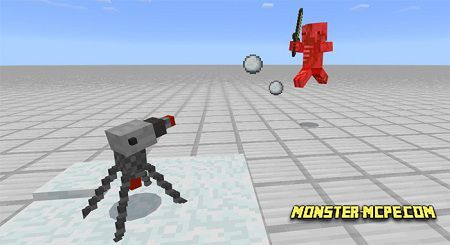 Protector bot: it is quite the most useful robot for player. Protects from dangerous robots and monsters. Can ride you in air and on the ground. 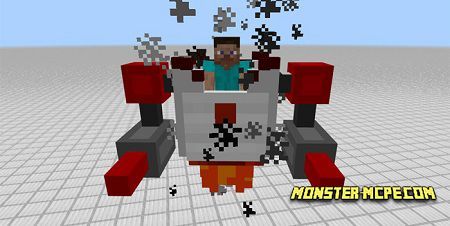 Auto scorpion: beware the tail, can attack you and poison, which will attacks you for five seconds.

PyroBorg: They are searching for lost player in order to kill. They spawn in the Deserts of MCPE.

The legion: standing on blocks, attacks his enemies till they die. (or if it would not be killed faster) 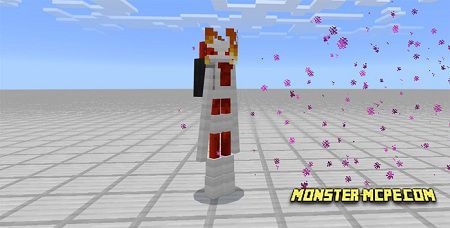 Robot workbench: You can use this robot in order to create another robots.

Items you need in order to create useful robots:

Kinotone / momotone: These robots is similar to the guardians, all in what they have difference is health, model and texture.

Sea destroyer: can find him underwater, it looks like rusty destroyer. Dangerous for players. 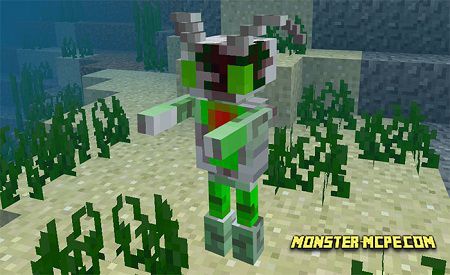 V mechanic: type of boss robot. In order to kill him, you should have protector robot. 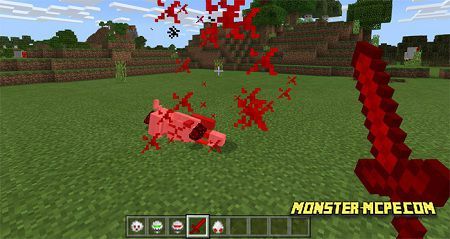 Redstone staff: Has the same functions as trident. Instead, trident.

Octobomb: Floating mob which can explode if hit him. 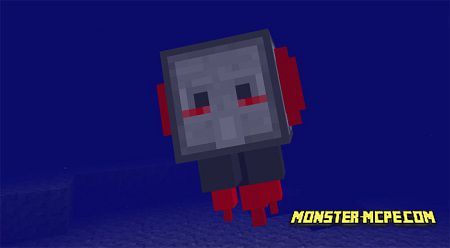