Where to meet new mobs? New mobs spawn with the help of such an object as the Invasion Machine. This machine appears during rain (thunder). In other words, it can be said that new mobs will spawn during the Redstone Invasion in the Minecraft world. In order for the machine to work, you need just to activate it.

Now let's look at the new mobs that will be added to the Minecraft world:

1. Tread: This is a robot that players can fully control, move and fight; 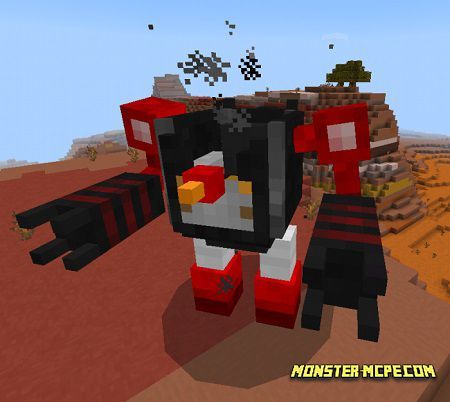 2. Dispenser: this is a robot that arrows use during an attack for all enemies, if it was killed, it drops an item such as a dispenser; 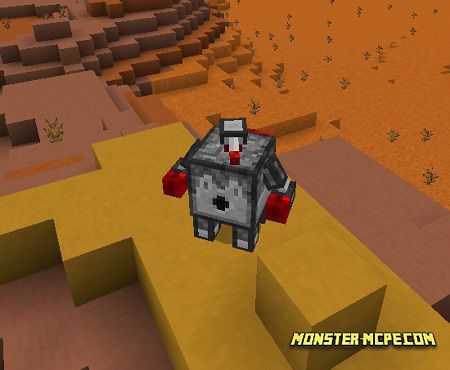 3. Observer: This is a robot that has a lot of damage and a lot of health. Attacks enemy mobs only at close range. It can be used as a tank; 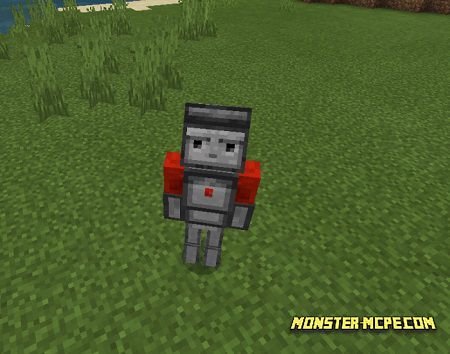 4. Blaster: This is a mob that uses fireballs to attack enemies; 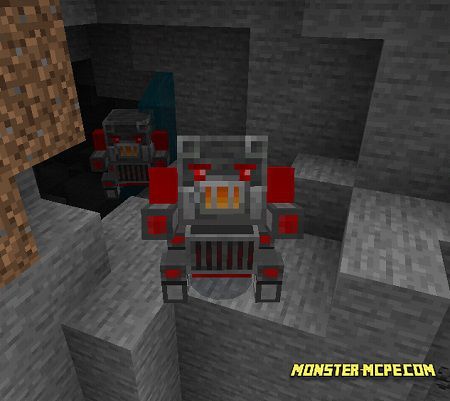 5. Robot: This is the simplest and most ordinary robot which players can use to test any things; 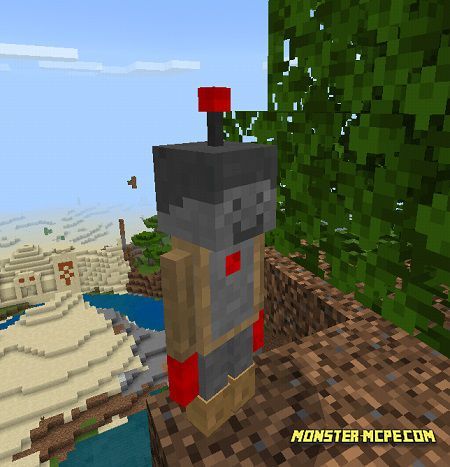 6. Turrets: Players can move this object by simply right-clicking on it. Attacks nearby enemies; 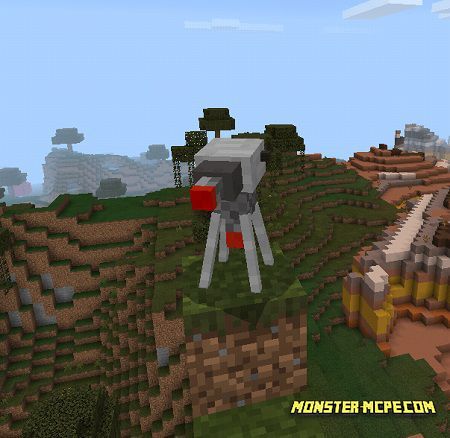 7. Soldier: Player can use this mob to fight enemy mobs during the invasion, they have little health and attack only at close range; 1. Flying Gunship Robot: This is a flying object that can hit its targets from a distance. They have an additional ability that increases their speed of movement, which allows them to get close to their enemy very quickly. Also, can summon such a mob as a destroyer; 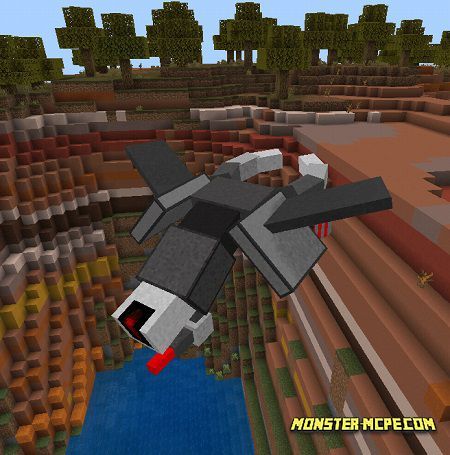 2. Destroyers: This is an ordinary soldier of the invasion. Uses a special jetpack which allows him to quickly reach enemies; 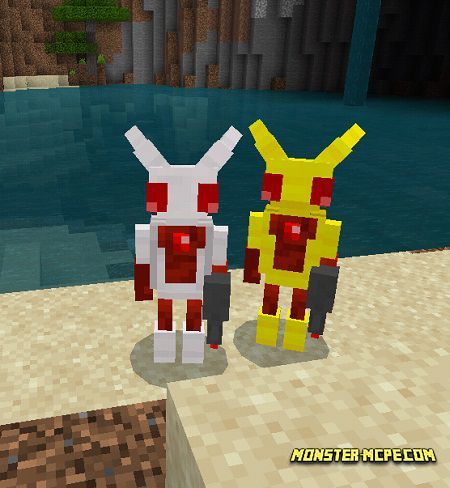 3. Broken Destroyer: This is a broken soldier, but it is not as simple as you might think at first glance since it attacks absolutely everything in its path, and we also draw your attention to the fact that it will not be easy to hit it, as they can blink; 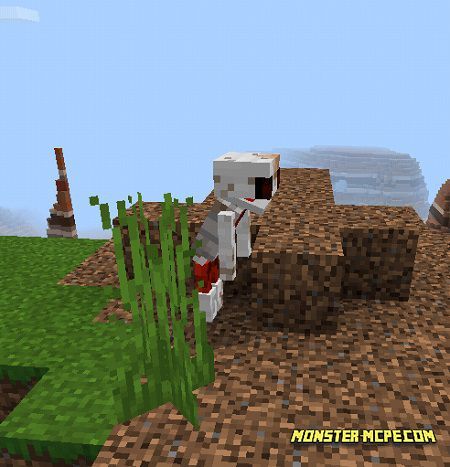 4. Scorpions: A rather weak creature, but be careful if it poisons you with poison, you can die right there because it has a very strong poison; 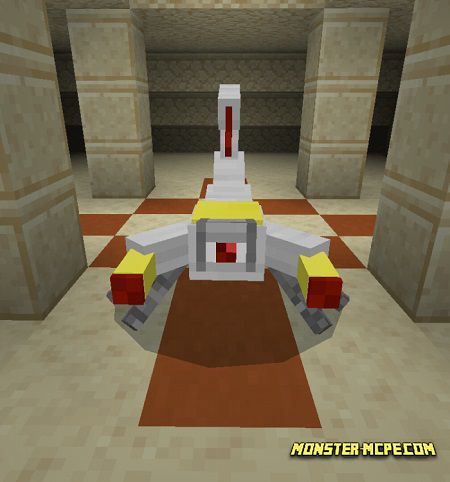 5. Cyborg chicken: This is a robot that shoots with a ball of lightning, and also have a very high speed of movement; 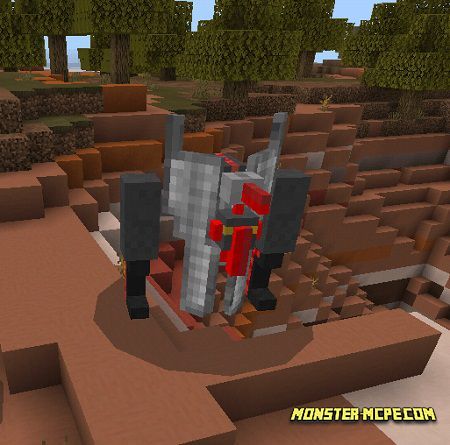 6. Alien Greys: Uses a special Redstone item in battle. Has the ability to summon a flying turret; 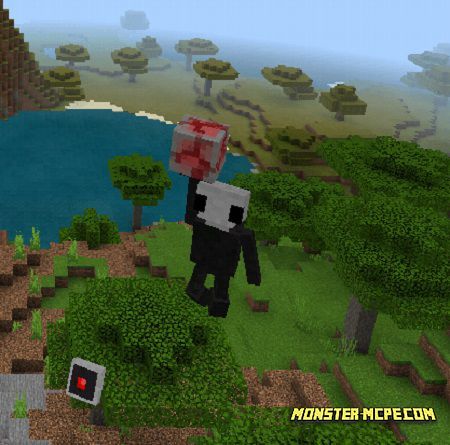 7. Flying Cyborg: This mob is very weak, but attacks only from the air using Redstone bullets; 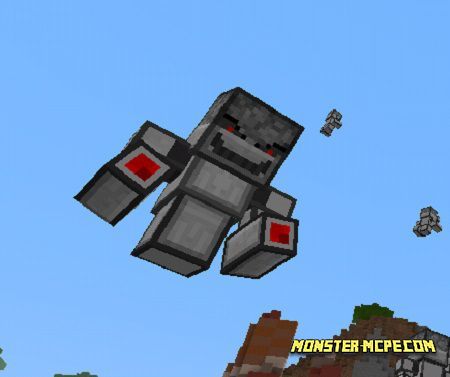 8. Robot TNT: We draw your attention to the fact that this is a very dangerous robot because it can shoot using TNT at its enemies, and also has a lot of health; 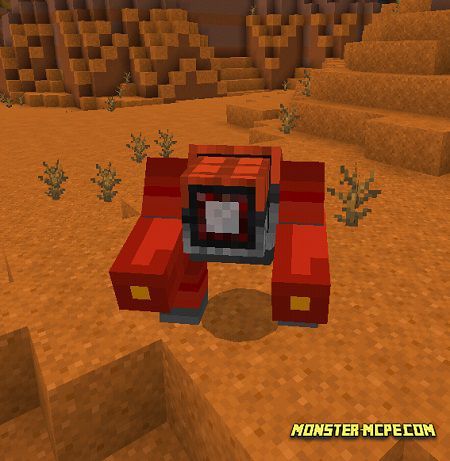 9. Robot Strider: This is a very dangerous and powerful mob that will be summoned in order to protect the boss of the invasion. Its minus is a very low speed of movement. If you have any problems with the Add-on (which is quite possible), just restart the game.

Related News:
Redstone Mechanic Addon
Increase your playing skills and get a great experience in game,
More Tools Add-on 1.18
Has it ever happened that you have a lot of resources in your
Cave Enhancements Add-on 1.16+
We present to your attention a large and fairly voluminous Cave
Golden Utilities: Transport Any Mob and Much More Add-on
Have you ever faced the problem of transporting mobs or maybe you
Comments (0)
Commenting