We present you with an addon that has two packs of textures for your blocks. This addon will appeal to those who love cursed packs. Using the new addon, players can change the texture of the blocks by changing their shape and flipping them. Some textures replace others, for example, ores, Netherite, and Ancient fragments, or ores from Nether World, and simple ones, such as iron, quartz, gold, and others. Also, note that gold ores and gold blocks have simple and regular textures.

As you already understood, this is just the first pack that you can use in this addon, as mentioned earlier in this addon there is another pack related to rays in the Minecraft world. This pack changes the shape of ore blocks, for example, ore blocks will have the shape of a Chorus Flower block.

Use a visual glitch x-ray that includes certain blocks in the toolbar or falling blocks on the player's head. You can choose whether the ores look interesting and fun, or you can take an X-ray to find them. It's the same with the command block parameter if the player creates a map and cannot find some of the command blocks you place. This changes all types of command blocks, including the repeating-command-in-minecart. 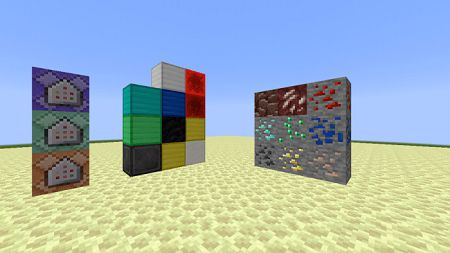 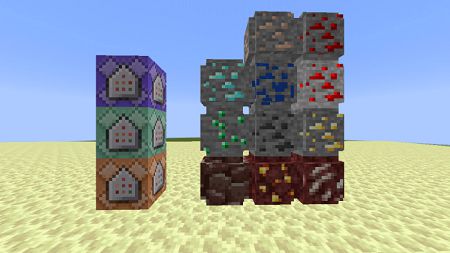 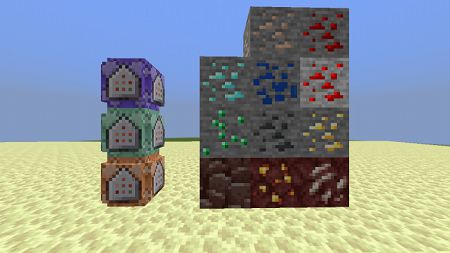 Related News:
Cave Enhancements Add-on 1.16+
We present to your attention a large and fairly voluminous Cave
Jurassic Addon
Jurassic Addon - this is a fairly large and voluminous addition that,
World Animals Add-on 1.16/1.15+
Would you like to add more different animals to the Minecraft world?
Overworld Netherite V2 Add-on 1.16+
Have you ever mine in the nether dimension a new ore which is called
Comments (0)
Commenting