Have you ever played Minecraft Dungeons? For those who have not played and do not know what it is, this is a role-playing video game in genres such as adventure and action developed by Mojang studio. In addition to Mojang, studios such as Xbox Game and Double Eleven took part in the development.

This game won the hearts of millions of fans of the Minecraft universe on May 26, 2020. This game is available for all existing platforms. We can talk a lot about this game, but today is not about that, today we present you a new addon that adds one of the mobs of the aforementioned Minecraft Dungeons game, namely Iceologer! 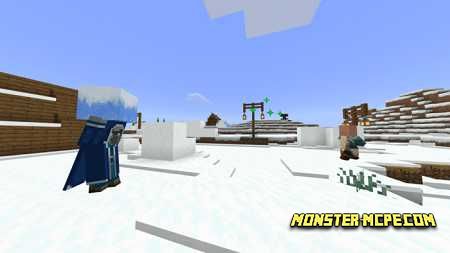 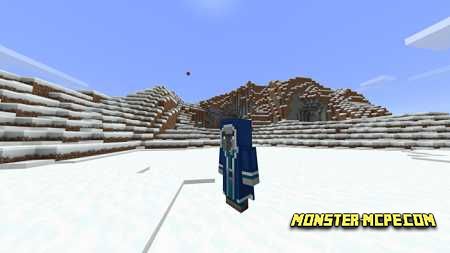 For those who do not know this mob, you could meet in Minecraft Dungeons in snowy biomes. This is a hostile mob that is also one of the subtypes of Illagers.

It is possible that Mojang can add Iceologer in the new release of the full update to snow biomes where they will spawn at night and when they see players, they will attack them using ice blocks. In addition to the players, they will also be hostile towards the villagers, the Iron Golem, and the Snow Golem.

You can meet this hostile mob in snowy biomes. This is a good experience for those who like challenges and difficulties. As stated earlier, they use ice blocks to attack their enemies. This mob has 30 health points (fifteen hearts).

Related News:
Five Nights At Freddy’s Ultimate Custom Night Map
Have you ever played one of the famous series of the game the Five
Minecraft PE 1.19.0 for Android
You probably already saw our article about what awaits players in the
New Content for Minecraft Dungeons
Have you seen the new game from the developers of the Mojang studio
Preliminary start Minecraft Dungeons
Welcome to our game portal Minecraft. We present to your attention
Comments (0)
Commenting