Winter has come, and in order for your Minecraft world to have the same winter and at the same time an interesting and fun atmosphere, we bring to your attention a new add-on that adds new mobs, biomes, and new items to your Minecraft world. Earlier, you could see similar items and mobs in Minecraft Dungeons. The new add-on is called Frosted Expansion. Using this add-on, players will add three new items, three new mobs, a boss, and a new biome to their game.

The new biome will henceforth be a more challenging place than previously simple snowy ones. Each player will be able to explore new locations in the biome with a new pet, namely the fox. Let's take a closer look at the new add-on.

The first thing you should pay attention to is the new mobs. Please note that these creatures will always be aggressive and hostile towards players. In general, as mentioned earlier, four new mobs will be added to the game, three of which will be simple hostile creatures, and one of them is the Boss. What creatures and their features you can find out below.

1. The first creature is Ice Zombies. These creatures use ice snowballs to attack their targets. When this mob hits you with a snowball, you get a slow effect. When attacking with a snowball, deals 4 damage to its target. In melee combat, this creature deals 3 damage to its target. This mob has 20 health points. The behavior of this mob is the same as that of the usual zombie. Below you can see what these creatures look like in the Minecraft world: 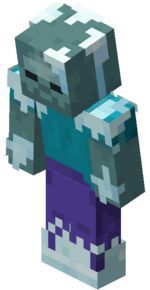 2. The second creature is the Ice Creepers. This creature has the same behavior as the usual creeper, but their difference is that when an explosion occurs, the player will be affected by the effect of slowness. This creature has 20 health points. Below you can see what these creatures look like in the Minecraft world: 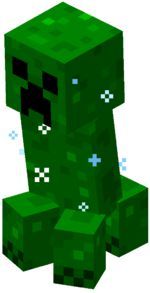 3. Iceman. This is another mob that can use ice blocks so that they appear in their turn above the player's head and follow until they overtake you and fall on your head. These creatures have 30 health points. Also, these mobs spawn only in ice biomes at any time of the day. Below you can see what these creatures look like in the Minecraft world: 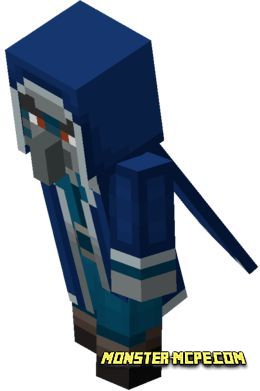 4. And the last mob is the Boss called Glacier! This is a fairly strong creature, with attacks similar to the Iron Golem. The attacks of this mob consist of three stages, the first of which is the same ice blocks as the previous mob, but the difference is that they will not follow you, but simply appear and fall on your head, the next second attack begins after the Glacier roars, this will be a sign that he will then use the Ice Rain attack. This attack causes blocks of ice that fall from the sky onto players, thereby causing damage and slowing them down.

During the second attack, Ice Rain, the Glacier will be invisible. Before starting his attacks again, he uses the last one, namely the third, which is simply using ice blocks to attack. This creature has 500 health points. In order to spawn this creature, you must use the Ice Creeper and have at least two Ender crystals with you. Please note that standing on packed ice this creature can restore its health. Below you can see what these creatures look like in the Minecraft world: 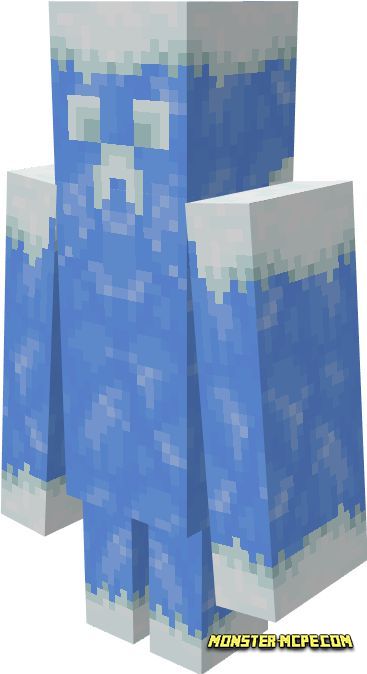 The next thing we should pay attention to are the new items. These are unique items in the mobile version of Minecraft, as earlier you could see them in Minecraft Dungeons. Please note that in order for players to use new items, you must activate the Holiday Creator function in the game settings.

1. The first item is the Ice Wand. This item will spawn in ice blocks. It can also deal 9 damage to its target. A new item can be very useful when used correctly. Players can use this item in the battle against groups of hostile mobs. As mentioned earlier, players can find this item in the ice mountains in ice blocks. Below you can see what the new item looks like in the Minecraft world: 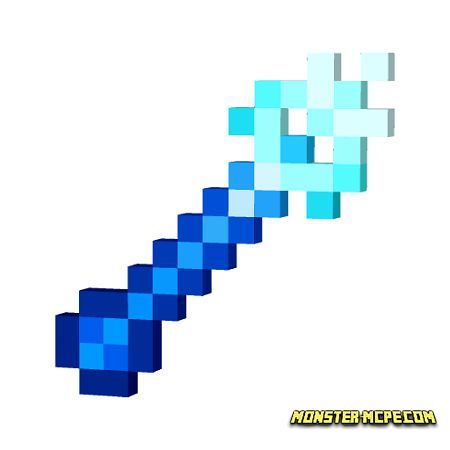 2. The second item is a weapon called the Ice Scythe. This is a very durable weapon and does not be afraid, this weapon will not melt in your hands. To use this weapon, for the PC version, you need to right-click, and for mobile devices, select a weapon and make a long hold, after which the scythe will use the effect of freezing rain. This is the same effect that the Glacier Boss uses. The new weapon deals 8 damage to its target. Please note that the owner of this weapon does not take damage from freezing rain. This weapon can be dropped from the Glacier Boss! Below you can see what the new item looks like in the Minecraft world: 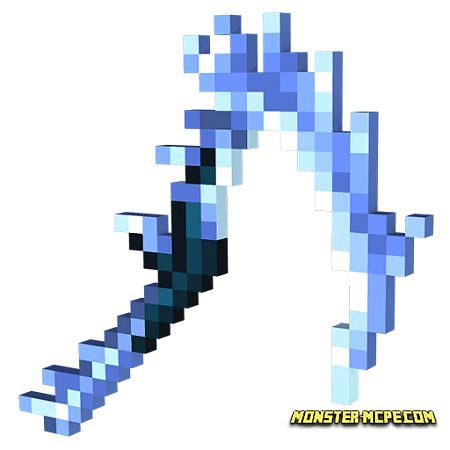 3. Last but not least, this is a new unique ice armor made from legendary ice. The ice that this armor is made of never melts. Players can find this armor in ice chunks in the ice biome. Please note that when a player uses a full set of this armor, he will activate an additional aura that can affect hostile mobs around you. This aura will slow down the surrounding creatures.

The last thing we would like to tell you about is the new biome. Please note that all existing snow biomes will have a new blizzard effect that looks like a gray fog. The new ice mountain biome is generated with different ice blocks, which can also give you useful loot.

As mentioned earlier, players can get ice wands or some kind of ice armor. Below you can see what this location looks like: 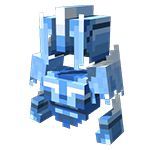 Also, below you can see what functions must be activated for the add-on to work correctly: