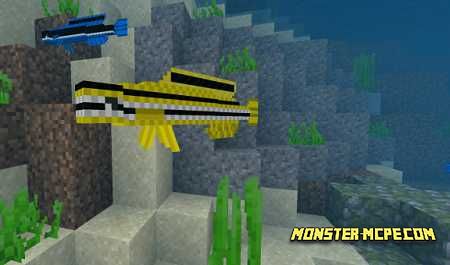 Do you like exploring the underwater world of Minecraft? If yes, then you will definitely be interested in the new addon. This addon adds three new types of fish to your Minecraft world, namely such a variety as Cichlids! In the real world, these fish have different body sizes from a couple of centimeters to one meter in length. These fish live in different places on the planet, but those that you will see today live in Africa.

Three new types of African cichlids will be added to the world of Minecraft, each of which has its own unique color. These mobs will inhabit the rivers of the Minecraft world. Players can tame them to live like your pet, just watch them swim, or simply catch them using a bucket. But we are sure that you will definitely try to catch at least one, as they are very beautiful. You can also use them as decoration for your room or home.

We draw your attention to the fact that these fish are aggressive towards each other and will attack other fish.

As mentioned earlier, these fish live in the rivers of the Minecraft world. Be careful as these fish can kill other fish in your pond or river. They are hostile to fish of the same type, as well as to other fish.

The new Cichlid fish have five health points. There are Cichlids in the Minecraft world in three types, yellow, blue and blue with yellow stripes. Can deal 1 damage. Hostile and aggressive towards other fish. They naturally spawn in the rivers of the Minecraft world. 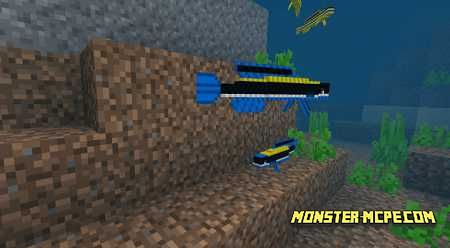 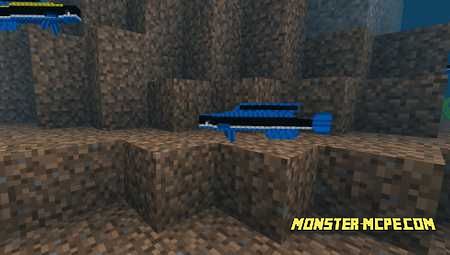 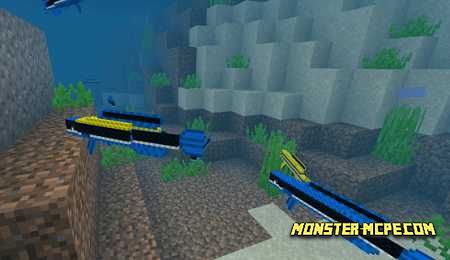 As mentioned earlier, players can catch this fish using a bucket, as well as other fish. After you catch them, you can place them in the aquarium or in the pond.

Related News:
Minecraft PE 1.18.0 for Android
We present to your attention the new version of Minecraft Pocket
World Animals Add-on 1.16/1.15+
Would you like to add more different animals to the Minecraft world?
Alphanumeric Decoration Add-on 1.16/1.15+
A new addon that can be useful to players who need numbers and
Download Minecraft Java 1.14
Everyone is looking forward to a new update for everyone's favorite
Comments (0)
Commenting