Have you seen the new and improved Piglins in the Nether world? We're talking about the new Brutal Piglins that inhabit the Bastions and were added in a recent update. Would you like to have the same strong creatures but only Wither Skeletons? If yes, then you will definitely like the new add-on.

The new add-on adds a new and improved version of the Wither Skeletons to the world of Minecraft. New Skeleton Wither Knights are very strong and can defeat the Piglins and even you. It all depends on your battle skills. This is a new experience in battles. Don't underestimate these creatures.

Using the new add-on, new hostile creatures will spawn in different places in the Nether world. Be careful as it was said before, they can do a lot of damage. For an unprepared player, the game may end after two or three hits. These creatures have one drawback, they are quite slow, this is your advantage that you can use against them. Use ranged weapons to win. These creatures are not afraid of other creatures. 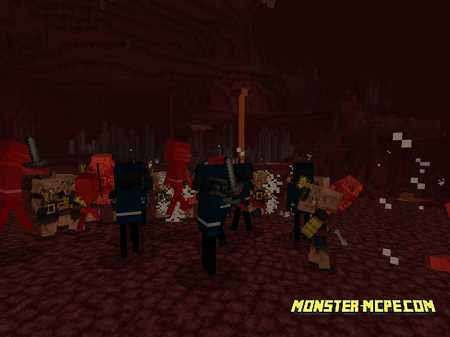 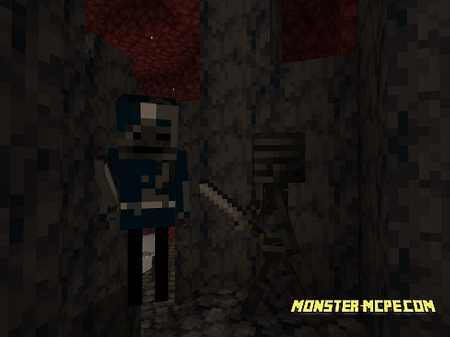 Related News:
Pixel Gun Melee Weapons Add-on 1.16/1.15+
Have you ever played the Pixel Gun game? For those who do not know
Minecraft PE 1.18.0 for Android
We present to your attention the new version of Minecraft Pocket
World Animals Add-on 1.16/1.15+
Would you like to add more different animals to the Minecraft world?
Download Minecraft Java 1.14
Everyone is looking forward to a new update for everyone's favorite
Comments (0)
Commenting