Do you like flying in the world of Minecraft? And what about flying not using elytra but using a large plane? If you like to travel flying on large airliners then the new addon is what you need. The new addon adds a new airliner to your Minecraft world. This airliner can move from one place to another up to twenty-four players. This is a very convenient way to travel around the world of Minecraft if you play with your friends. You can also use it for various role-playing games.

If your world has a large (or small) airport or you need a large plane so that you can move a large number of players around the world of Minecraft then this add-on is exactly what you need!

The idea of creating this model of an airliner was invented by the creator and was not borrowed from any other model.

As mentioned earlier, the airliner has twenty-four available seats. For role-playing games, this is one place for the captain of the plane, one place for the second pilot, and twenty-two passenger seats. Added animations, sounds, and free slots for transporting items.

How to get an airliner?

In order for the player to get the airliner, you need to use a special spawn egg from a creative inventory or use the special /summon command.

The airliner is available in five colors:

1. Black, command for spawn: airb: ca_black. Below you can see how it looks in the game: 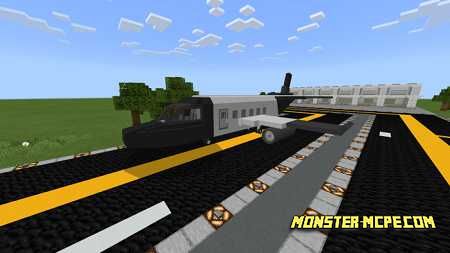 2. Blue, spawn command: airb: ca_blue. Below you can see how it looks in the game: 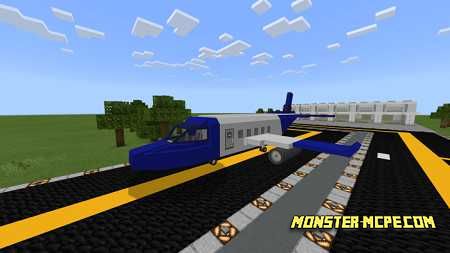 3. White, command for spawn: airb: ca_white. Below you can see how it looks in the game: 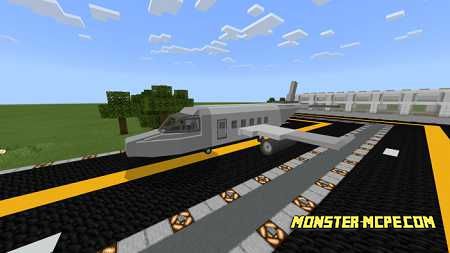 4. Green, command for spawn: airb: ca_green. Below you can see how it looks in the game: 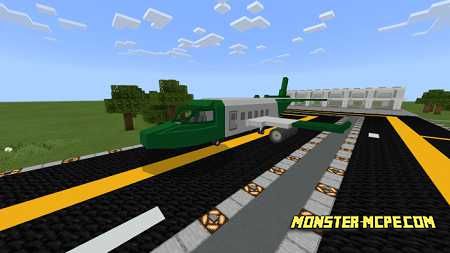 5. Red, spawn command: airb: ca_red. Below you can see how it looks in the game: 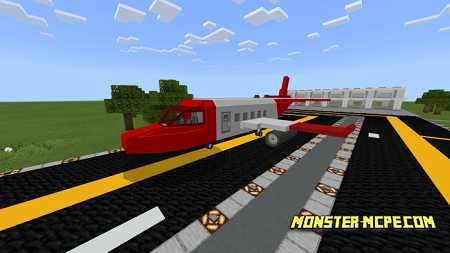 Below you can also see other screenshots of the airliner: 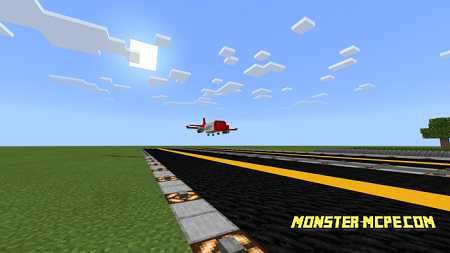 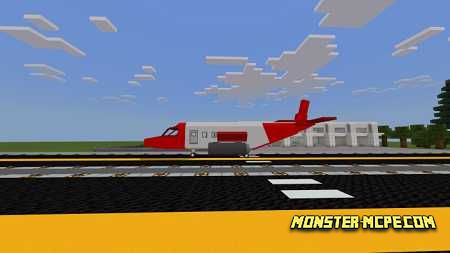 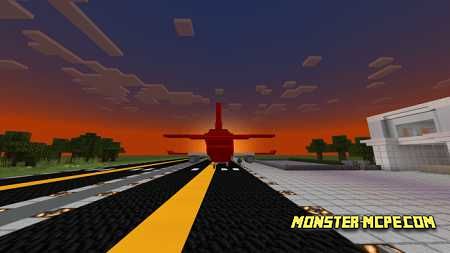 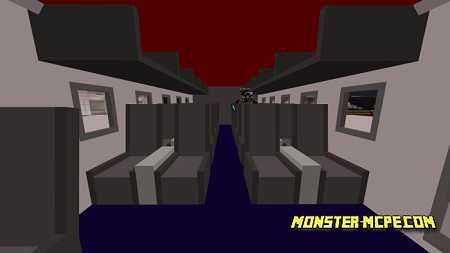 How to fly a plane?

Related News:
Terraria Pirate Captain Boss Add-on 1.15/1.14+
Would you like to add a new rival to your Minecraft world? If so,
Papa Smurfs Draco Elytra Wings Texture Pack
We present to your attention a very interesting and fascinating
Download Minecraft Java 1.14
Everyone is looking forward to a new update for everyone's favorite
Controllable Airplane Addon
Controllable Airplane Addon is one of the most popular add-ons for
Comments (0)
Commenting