A new addon that adds a new creature to the Jungles, namely the Garden Golem. A new mob was created in order to add a little variety to the Jungles. This makes the game more interesting and exciting. 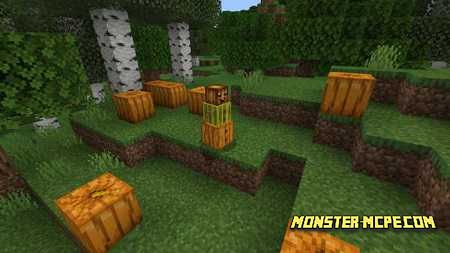 The new Mob Garden Golem is not dangerous for you, although it is hostile in the game. The seeds which can be thrown at you by Garden Golem will not cause you damage or harm. A new mob throws pumpkin seeds into the player. 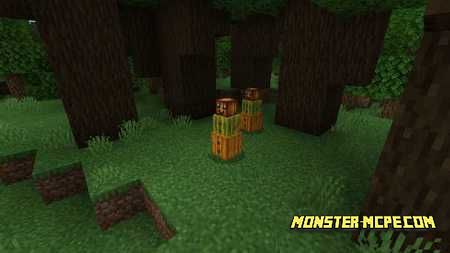 After the player kills him, he will drop three pumpkin seeds. This mob has 20 health points and, as already mentioned, 0 damage. Since his actions cannot harm you.

Related News:
Orespawn’s Resurgence Add-on 1.16/1.15+
A new add-on that adds new powerful creatures to your Minecraft
Monster Hunter (Bedrock) Addon 1.15+
We present to you a very interesting addon that adds new creatures to
The Floor Kills 2 Map (Parkour) (Minigame)
Here is the second part of parkour mini-game — The Floor Kills-2. It
Redstone Mechanic Addon
Increase your playing skills and get a great experience in game,
Comments (0)
Commenting