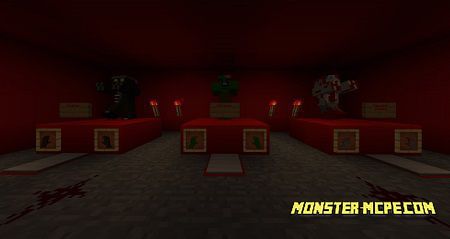 Invasion of zombies into the famous map cs_assault, from the game Counter-Strike! From now, you can forget about terrorists, you have more dangerous enemies, this Zombie Hero map, gives you opportunity to be as a human (Hero, who ready to save the map from terrible invasion) or play for zombie. Those players who will play for Human, can choose weapon he wants, it can be more ammo, stick of Hero or red infinity.

General amount of players should be not less than 2
ATTENTIVELY READ conditions/rules!
Try do not damage your teammate
What will be added in the nearest time?
Bigger amount of available weapon
Additional abilities, such as Rage and others.
New types of zombies 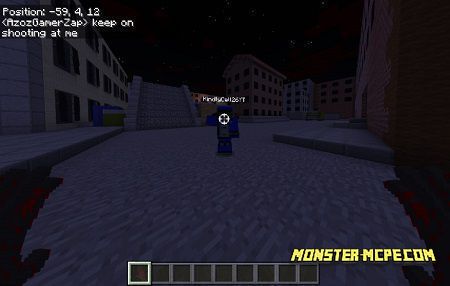 Related News:
Zombie: Assault (PvP)
This game is similar to version Mega Assault. There is no any zombie
cs_assault_big_kit Map (PvP)
The new bigger map is available for MCPE players, which is called
Download Minecraft PE 2.0.0 apk free
A lot of players of PC, X-Box, PlayStation, and of course of mobile
cs_assault Map (PvP)
Very famous map among Counter-strike players, it is Cs_assault. The
Comments (0)
Commenting