New map, which is been at first intended for Java version, but later developer decided to make it in BE. In general, it is a new type of survival game, where you should try to survive in sky, this map is called Pocket Expansion.

Generation of world terrains is working pretty good. All the blocks, will appear in random way, around your character. Also, other blocks is including sky-blocks islands and spawning of mobs. It is truly difficult survival map in MCPE world.

When you will start to play, in the first seconds all the surrounding blocks will start to generated in random way. Such materials as ore, log, plank, dirt and stone spawn at Y: 50.

Sometimes spawn large islands, such as sandstone island, there you may see chests. 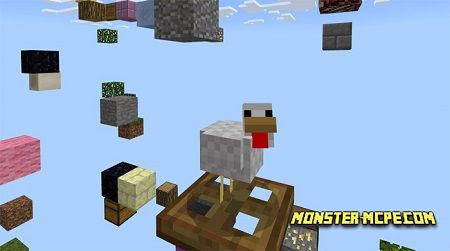 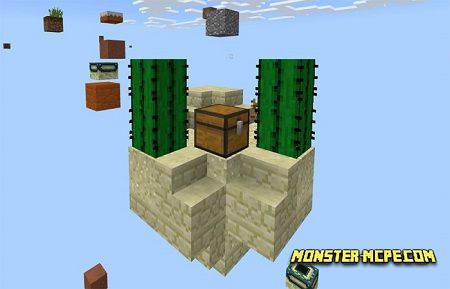 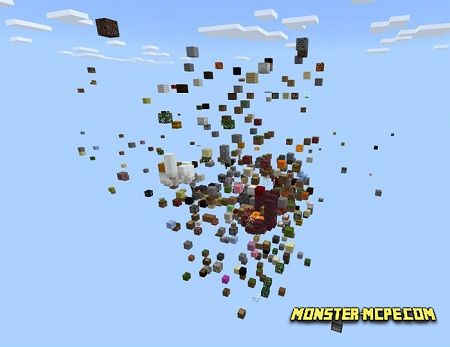 Related News:
Download Minecraft PE 2.0.0 apk free
A lot of players of PC, X-Box, PlayStation, and of course of mobile
Lucky Islands (Minigame) (PvP)
Truly cool map for multyplayer game, here you can play with your
Redstone Mechanic Addon
Increase your playing skills and get a great experience in game,
Download Minecraft PE 1.2.10 apk free
Minecraft PE 1.2.10 – one of the most popular games, where players
Comments (0)
Commenting