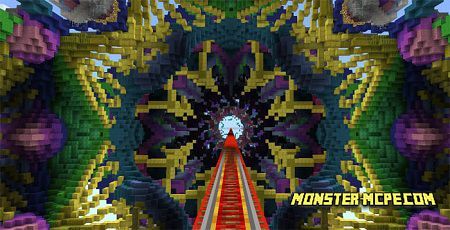 This map can be played on PE platform, such as IOS, android, etc., but of course it will be better on PC (windows 10). Map is represented as big roller coaster, which was created for anniversary of this amazing game — Minecraft. In general this map able to give you really positive emotions and exciting moments of journey, through this gaming world.

There are two different types of this map, one for PC version, such as windows 10 and another is for PE platform, such as IOS and android. At first, map was created only for PC, but later, developer decided to give opportunity enjoy this map on other devices.
In order to avoid some lags, recommended to decrease distance of render. 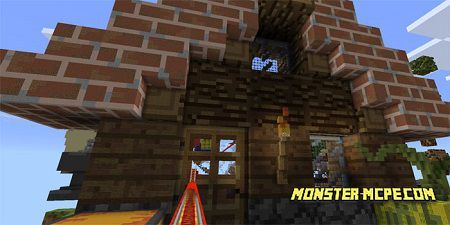 Related News:
Tools and Armor Add-on 1.17+
You can never have too much armor and tools.
SpongeBob and Gary Add-on
Perhaps there isn't a person who has never heard of SpongeBob. It's a
More Tools Add-on 1.18
Has it ever happened that you have a lot of resources in your
Village and Pillage+ Add-on 1.17+
The Village and Pillage+ mod expands the capabilities of both
Comments (0)
Commenting