Would you like to be part of an epic battle of players against hostile and hungry zombies? If yes, and you like battles with different monsters, then the new mini-game will definitely be interesting to you! The new map mini-game was created based on the idea of ​​creating from the well-known game Plants vs Zombies. An exciting new mini-game was created for both single-player and multiplayer. You can play alone or together with your friends, but note that the maximum number of players allowed is four!

The essence of the game is very simple, fight zombies, namely shoot at zombies and prevent these hostile creatures from reaching your base. Please note that the game is not as easy as it might seem at first glance since as soon as the zombies get to your base, you lose one heart! If this repeats, you risk dying after which the game will be over.

Shoot zombies and don't give them a chance to get to your base as your life depends on it. By killing zombies, players accumulate points, namely from one to five points. Kill zombies, collect points after which you can use them to buy some kind of improved guns.

Below you can see a screenshot of what the map mini-game looks like: 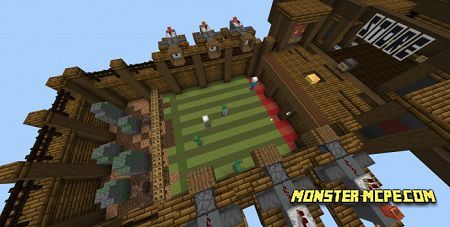 The screenshot also shows a store where players can change the difficulty of the game or spend their bonuses: 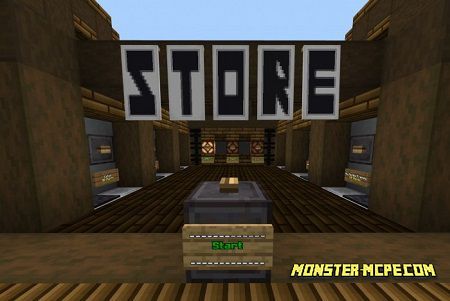 Change the difficulty settings of the game based on how many people are playing: 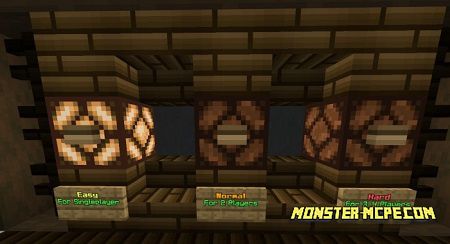 Related News:
More Tools Add-on 1.16+
Has it ever happened that you have a lot of resources in your
Golden Utilities: Transport Any Mob and Much More Add-on
Have you ever faced the problem of transporting mobs or maybe you
Cave Enhancements Add-on 1.16+
We present to your attention a large and fairly voluminous Cave
Territory Of Heart Add-on 1.15/1.14+
A new exciting addon for those players who are tired of boring mobs
Comments (0)
Commenting