Would you like to have fun on a very familiar to many, but not a fact, map mini-game PvP, which is presented for mobile devices and carried over from the outdated console edition called Minecraft Battle Mini-game? If so, then this exciting new mini-game is exactly what you need. This map has already been tested on devices such as Windows 10, Nintendo Switch, Android, and Xbox.

Also, in general, this map should function correctly for other existing platforms. Let's take a closer look at all the features of this mini-game below.

Features of the mini-game

As mentioned earlier, the new mini-game is presented in the form of some maps for battles, namely three maps with different environments. Players can have fun spending time on maps such as The Crucible, Cove, or Cave. More maps will be added soon.

Also, specifically, so that the players could manage many of the maps' systems themselves or some kind of mechanisms, some settings were added.

Players can use these settings to customize the game as it happens in real battles in the Minecraft world.

So what settings are available to players: 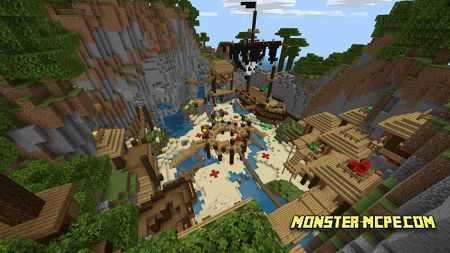 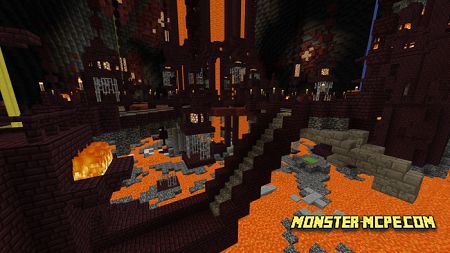 Attention: We recommend playing with a render distance of 16 or less, otherwise the game may get bugs due to the fact that the maps will be loaded at the same time.

Related News:
TAS PVP Map
Imagine that your Minecraft world is now not the same as before, that
Cave Enhancements Add-on 1.16+
We present to your attention a large and fairly voluminous Cave
Nintendo Switch House Map
Would you like to explore a new fascinating map? If yes, then you
DC vs Marvel PVP Map
Would you like to have fun playing as a superhero? If so, then the
Comments (0)
Commenting