Do you like to discover new and interesting mini-games? If so, then you will definitely like the new mini-game The Bridge. The new map allows you to play in multiplayer game mode. Here you need to play with a minimum of 2 players, as each player will play for a separate team. Each team can play from 1 to 4 people.

Let's take a look at how it works and what awaits you in this mini-game.

This is a very addicting and dynamic game for you and your friends. In the game, all players will be divided into two teams, each of which has the same goal, namely to overcome the bridge of opponents and jump into their portal located at the base of your opponent.

Each such successful jump into your opponent's portal will bring the team a point. The first team to score 4 points wins! We also draw your attention to the fact that after each successful jump into the portal, the team not only receives a point but also all players will respawn at their bases. We also want to note that this map is not updated after each point received and all built blocks remain in their places.

This map will reset all previously placed blocks only at the end of the game. As stated earlier, the first team to score four points wins this game! 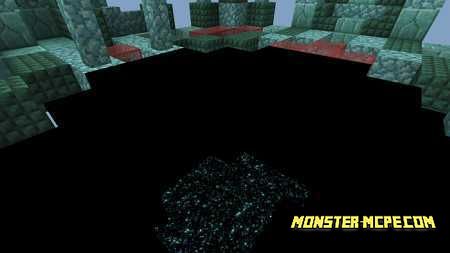 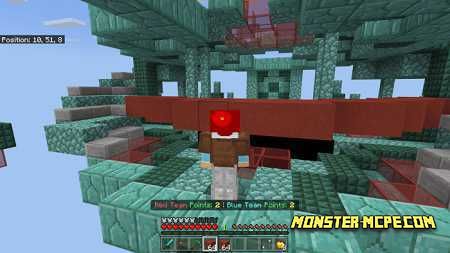 Purpose of the game:

1. Jump into the portal of the opposing team;
2. Protect your portal. To make it easier, build barriers using blocks that will prevent your opponents from getting to your portal with ease.