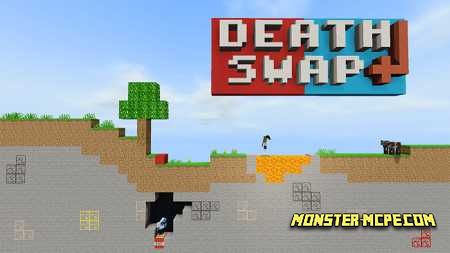 Have you ever seen or heard something about the game Death Swap? This is a very popular mini-game which is also known among YouTube bloggers of the Minecraft game. The new mini-game will be very interesting to all players, both beginners and experienced.

The Death Swap mini-game is very exciting and fun. You can play it with your friend. The main task of each player is to kill his opponent. Players will exchange and each subsequent exchange should kill your opponent. Put your friend in some dangerous place. What to do with your friend is up to you, you can throw him from a great height, or dip in lava and much more.