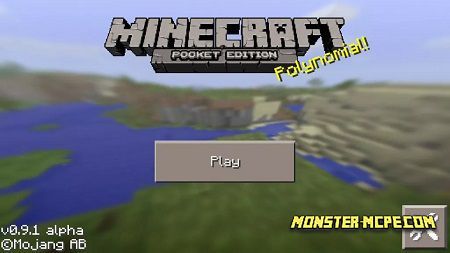 We present to your attention the version of Minecraft Pocket Edition 0.9.1! This version is available for Android devices. In this version of the Minecraft game, villages, mobs, generation and fixes are waiting for you.

What is added to the alpha version of Minecraft PE 0.9.1?

In the presented version of Minecraft PE 0.9.1, a large number of interesting features were added, such as world generation, biomes, as well as various structures. In addition to all of the above, new mobs have been added to the game.

In the Minecraft world, with the release of the Minecraft PE 0.9.1 update, a large number of different structures have appeared, such as villages or spawn monsters.

The village is a small settlement with different houses in the same style. Finding them is not so difficult as they are located in many places in the Minecraft world. Finding them is even useful since in such villages the player can find chests with useful resources that will be useful for further survival. 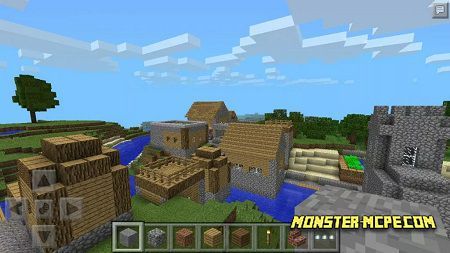 Monster spawner, this is a location that is located underground and in which the player can meet a large number of evil and aggressive mobs. In such places, you can also find useful chests with useful resources, ranging from bones to diamonds. 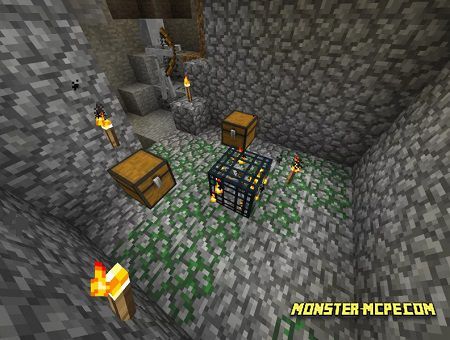 From now on, in Minecraft Pocket Edition 0.9.1 different worlds can be endlessly generated. The player can select this function when creating the world itself. Just click on the Infinite button.

Now players can freely move in any direction around the world of Minecraft and are not afraid that sooner or later the world will end.
This was done in order to make the game more interesting so that you could not only wander around the Minecraft world in different directions but also get a lot of positive emotions from adventures. 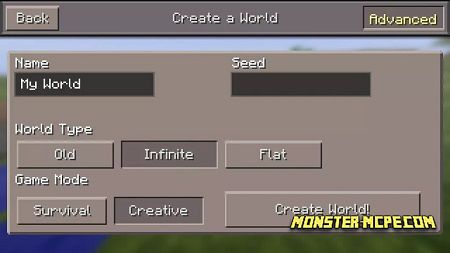 From now on, the players of the Minecraft world should be even more careful wandering around the world, as with the Minecraft PE 0.9.1 update, a new mob is added to the game — Enderman.

Important: In no case do not look into their eyes, because after that they will begin to attack you.

In addition to this mob, other new mobs were added to the game, but you can see them already in the game!

Minecraft PE 0.9.1 has only a few fixes. See this short list below.