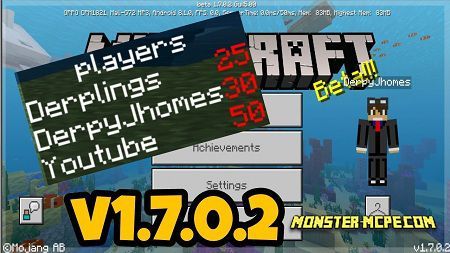 Mojang updated previous version of game to a new version of MCPE, it was MCPE 1.7. For now, it is MCPE 1.7.0.2. It was unexpected version, which is gives us in future many of new beta versions of developer. MCBE 1.5.3 is the most stable and latest released version, without any losses of inventory and lags, you can use it or try to test a new one, to check some new features and explore something new.

Related News:
Magent And Pagent Add-on (1.8+ Only)
This addon adds a new creature to Minecraft, which are Pagent and
Download Minecraft PE 2.0.0 apk free
A lot of players of PC, X-Box, PlayStation, and of course of mobile
Redstone Mechanic Addon
Increase your playing skills and get a great experience in game,
Download Minecraft PE 1.3 beta 1 apk free
Hi, guys, we have good news for you! After a long time after MCPE 1.2
Comments (0)
Commenting