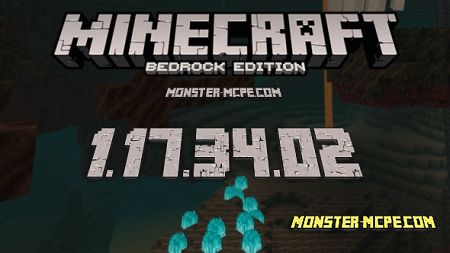 Released a full version of Minecraft 1.17.34.02 on Android. The update fixed an in-game market bug. The game has become more productive and stable.

Even small bugs can break the game. The developers decided to release an update so that players can continue to enjoy the game world.

Fixed bugs.
Only 1 bug was fixed. A little more detail:
Fixed the display and operation of purchased content, after applying the retail code

Related News:
More Tools Add-on 1.16+
Has it ever happened that you have a lot of resources in your
Tools and Armor Add-on 1.17+
You can never have too much armor and tools.
Cave Enhancements Add-on 1.16+
We present to your attention a large and fairly voluminous Cave
SpongeBob and Gary Add-on
Perhaps there isn't a person who has never heard of SpongeBob. It's a
Comments (0)
Commenting