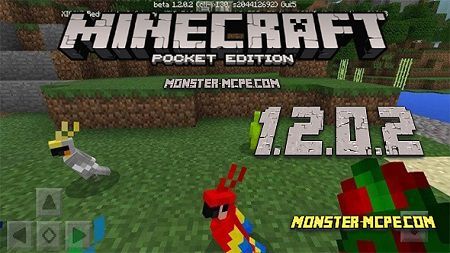 We present to your attention the version that was presented to the Minecraft world three years ago, namely Minecraft PE 1.2.0.2. This version after the release was available to all users of Android devices. This is a very interesting and important version of Minecraft for every fan of the Minecraft universe. Why? Because the new update, Minecraft PE 1.2.0.2 had new and very interesting features, namely new animals that can fly, blocks, and updated generation. One of the features is also a new pet, the parrot! Let's look at the new version in more detail below.

A new global update for Minecraft PE 1.2.0.2 was presented in 2017 and was called Better Together Update!

The developers of the Mojang studio announced a new functional feature in Minecraft PE 1.2.0.2, finally, crossplay will be added to Minecraft. 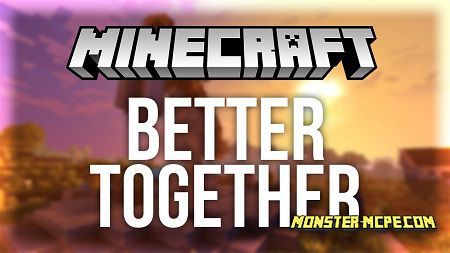 What is it and how does it work?

Crossplay, or cross-platform, is a technology that allows players from different platforms to play on the same servers. For example, from now on in Minecraft Pocket Edition 1.2.0.2, Android users will be able to log into servers for Xbox One, iOS, Windows 10, and some other platforms.

Also, besides this, there are other great additions, namely, new game rules. These seemingly useless rules can have a big impact on gameplay.
How does it work? The fact is that with the help of the new rules, players can turn on and off the cycle of day and night, generation settings, and the most interesting thing is that the rights of each player are now available to the players.

For example, someone just kills other players on your server, then you can simply disable the ability to fight. You can also use the ability to prohibit the player from mining blocks and simply lock him in blocks.

Another feature of this update is blocks and generation. The first thing worth paying attention to is construction. New blocks have been added to the Minecraft world, namely the Coarse Dirt, which players can find in the Taiga biome.

A feature of this block is that it will have to be plowed twice.

Banner and Stained Glass are other colorful blocks that can be painted in all available colors. 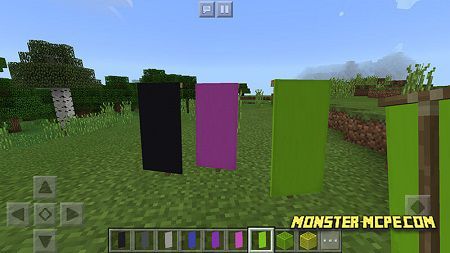 There will also be another Jukebox available in the game. This is a block with which players can play music using Music Discs. Music Discs are items that the player can place in the Jukebox and play tunes directly during the gameplay.

Players can craft a Jukebox using planks and diamonds. Please note that the player cannot craft Music Discs. To do this, you need to look for chests around the Minecraft world. 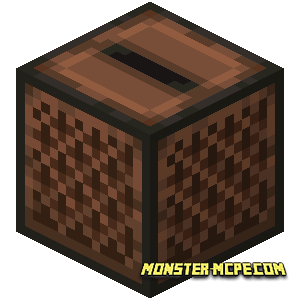 For those who did not know, if a skeleton kills a mob, then a Music Disc may drop from it.

Related News:
Cave Enhancements Add-on 1.16+
We present to your attention a large and fairly voluminous Cave
Minecraft 1.17: The Caves and Cliffs Update
Greetings to all fans of the Minecraft world. Today we'll tell you
Minecraft PE 1.18.0 for Android
We present to your attention the new version of Minecraft Pocket
World Animals Add-on 1.16/1.15+
Would you like to add more different animals to the Minecraft world?
Comments (0)
Commenting