We present you with a very exciting addon that adds to the game all the recent innovations from the new update of the Nether. All new features, new mobs, and biomes will be added to the Minecraft world. Please note that this addon is a beta version and is in test mode.

The first thing we will consider with you, and most importantly, are the biomes that surprised us with their design and colors. Let's look at all 3 types of biomes below.

1. A new red biome called The Red Nether Wart Forest. This biome will be available to players in the next update related to The Nether. The new biome adds a new type of block called the red wart netherrack, as well as a new type of log and tree in this style. New trees will have a glow effect. 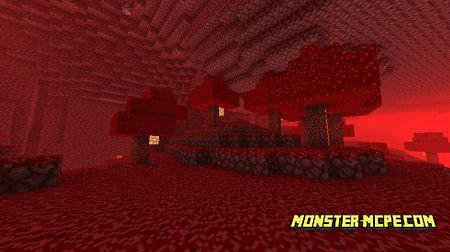 2. The second biome is no less interesting, it is presented in blue color. In general, it is exactly the same as the previous biome of The Red Nether Wart only in blue. 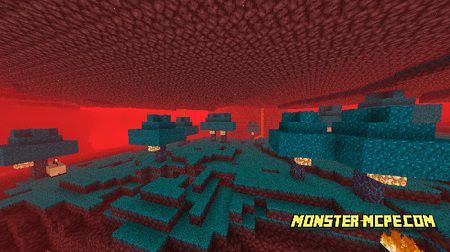 3. The third biome is considered one of the most creepy because of its design and sounds, it is called The Soul Sand Valley. It differs from the previous two, where the player can see a spectacular blue fire and various fossils.
We draw your attention to the fact that in this version the creator of the addon replaced the fire with a marine lantern. 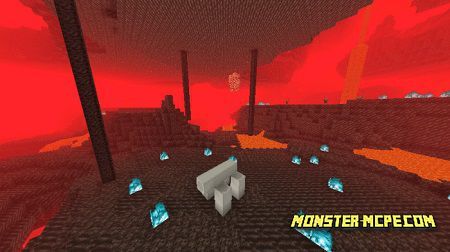 All of the above three biomes will automatically appear in The Nether.

Let’s now consider with you new mobs that will be added to the Minecraft world.

The first mob is called the piglin. New mobs look like a zombie pigman mob. They are very aggressive towards the player and other mobs living in this environment, such as the hoglin, which we will tell you about later. The second and last mob is the hoglin. These mobs are similar to common piglets but much more aggressive. They will attack all the mobs surrounding him with their tusks, as well as the new creature the piglin. 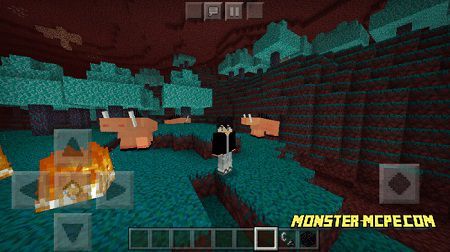 Related News:
Minecraft 1.15.0 for Android
Wow, the new version of Minecraft Bedrock Edition 1.15 has been
Soulsand Valley Concept Add-on 1.13/1.12+
A new addon that allows the player to travel the new Valley of Souls
Download Minecraft Java 1.15
We are glad to present you a new update for the PC version of
Download Minecraft Java 1.14
Everyone is looking forward to a new update for everyone's favorite
Comments (0)
Commenting