Have you ever dreamed that in the mountains it was not so boring to travel as it was before this moment? So that in the mountains you can meet someone more exciting or at the same time more dangerous than ordinary lamas. We are sure that your answer will be YES! There is a solution, with the help of the new addon, the mountains will no longer be the same. Why? Because now you can meet there, except for lamas and other animals, a very dangerous and terrifying creature, this is the Fire-Breathing Dragon!

As you already understood, the new addon adds new creatures to the world of Minecraft, namely to the mountains. All creatures which we consider below will be spawned exclusively in the mountains.

Let’s take a closer look at each of the new creatures added to the Minecraft world.

The first creature, perhaps the most dangerous and exciting, is the Fire-Breathing Dragon, which even has a Fiery color. This is an ancient and very strong beast that is capable of killing anyone who stands in its way. It is presented in two forms, the first friendly, which the player can easily even tame, and the second wild. Friendly Dragon can be tamed by using raw salmon. There is also a high probability that the Wild Dragon will burn you as soon as he sees you. After the player tames the Dragon, he can climb on it, namely, ride on it. After you ride on it, you can open the inventory and put any things and armor there.

Has 200 health.
Predator.
Any creature, even monsters, can become its prey.

The next creature that we will consider, in comparison with the Dragon, will be completely harmless, this is Yak. He lives on the same principle as a donkey, can also be tamed as a donkey, the same applies to the chest.

Has 30 health.
Harmless, maybe as a prey for the dragon.
Eating grass. 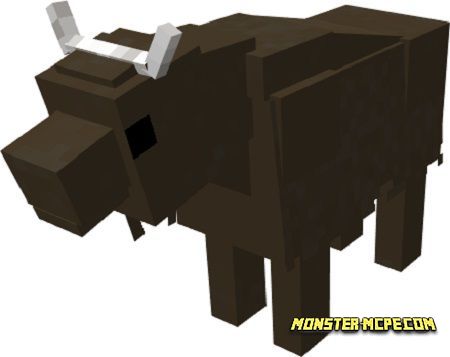 And the last creature to be added is the Big Horned Sheep. This creature is nothing more than an ordinary sheep but with large horns. This animal will be in addition to the mountains.

Has 40 health.
Harmless, maybe as a prey for the dragon.
Eating grass. 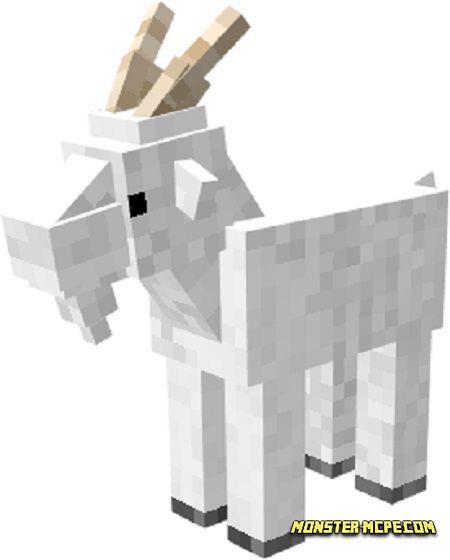 Attention: For the addon to work correctly, you should activate the Experimental game mode.

Related News:
Download Minecraft Java 1.15
We are glad to present you a new update for the PC version of
Download Minecraft Java 1.14
Everyone is looking forward to a new update for everyone's favorite
Aquatic++ Add-on 1.13/1.12+
Every day a lot of players noticed that while playing Minecraft, and
Morph Addon (Beta 0.1) 1.13/1.12+
We are sure that almost all the players in the world of Minecraft
Comments (0)
Commenting