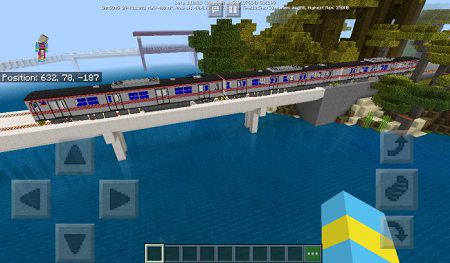 The add-on which is implement a new type of transport which is a train, the add-on is called as the Philippine National Railway! This add-on replaced cart which was previously available in Minecraft. In general, it consists of four trains and they are available only in blue or white colors.

What is the PNR(Philippine National Railway)? It is a real railway company, which is works even nowadays and has active lines. Not so long time ago, they opened a new station!

1. There are three cars, each of them is consists of three blocks in thick.
2. The tall of the train is four blocks! That is why be attentive if you will decide to build some tunnel, space should be not less than four blocks.
3. The length of the train is about forty blocks!
4. The player will be placed automatically on the seat, it is because the train has its own behavior pack! 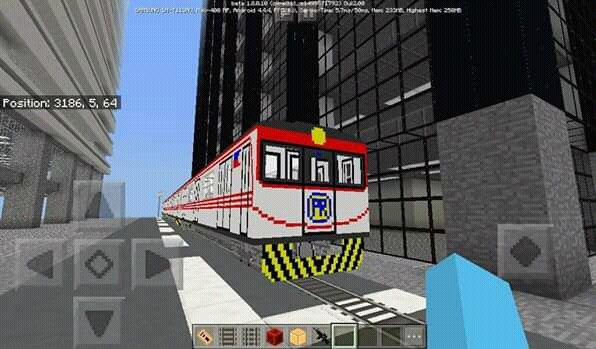 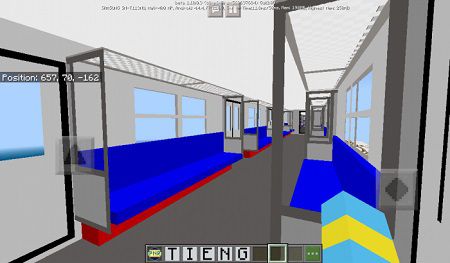 Related News:
SnowMobile Addon 1.10/1.9/1.8+
Add-on which is adds a new transport to the gaming world of MCBE. It
Train Add-on
This addon implement a new type of train into MCPE, it is similar to
Shopping Cart Addon
This mod add new shopping carts for MCPE: player can ride on it and
Vanilla Vehicles Addon 1.6+
This new addon adds new vehicles for MCPE, here is 11 types of a
Comments (0)
Commenting