Have you ever traveled to any countries in Asia? Have you ever seen very interesting transport such as a food cart? For those who have not seen, but would like to see what it is and how it works, you can use a new addon that adds such carts to the Minecraft world. It is a very popular type of transport in tourist cities, especially in Asia. In general, four types of different carts will be added to the Minecraft world, two of which sell ice cream, one sells bread, and one milk! This is not just a type of vehicle, but also allows players to make a purchase.

This can be done using an emerald to get some useful items. Use new carts in your Minecraft world to trade with your friends or just as decoration.

1. Added jingle sounds that come from the cart in a random way;
2. Trade. Use the shift button, then with the right mouse button.

Below you can see the types of carts and what they have to offer you: 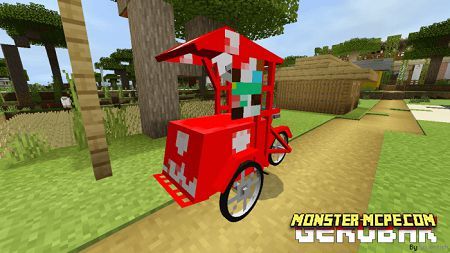 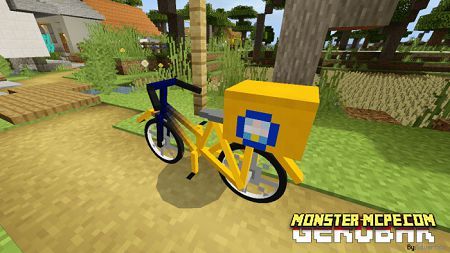 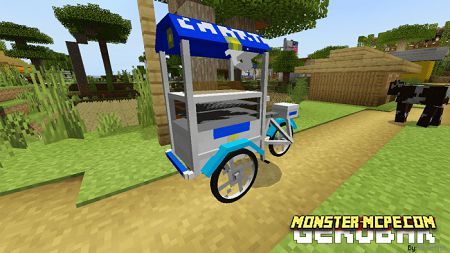 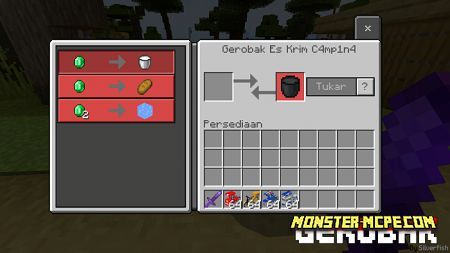 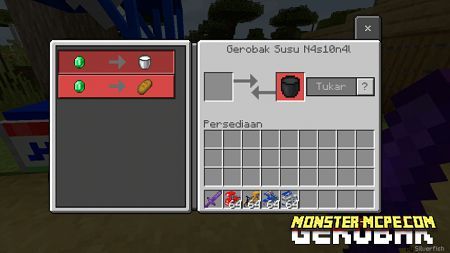 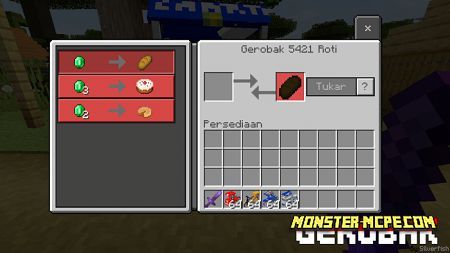 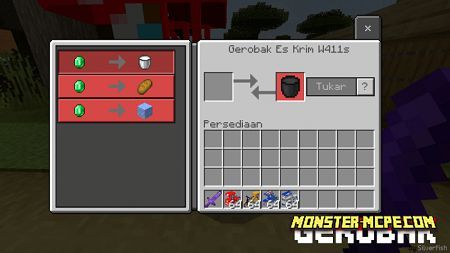 Related News:
The Frosted Expansion Add-on 1.16+
Winter has come, and in order for your Minecraft world to have the
Cave Enhancements Add-on 1.16+
We present to your attention a large and fairly voluminous Cave
Emerald Gear Add-on 1.16+
Do you like the look of a material like an emerald that is mined from
Jurassic Addon
Jurassic Addon - this is a fairly large and voluminous addition that,
Comments (0)
Commenting