We present to your attention a new addon with which players can easily create a crafting recipe for almost any item in the Minecraft world. This addon adds a new block to your world that you can use to create crafting recipes, a new block called Craft Station. This block is very useful because you can create even those crafting recipes for blocks and items that you could not do before, for example, a spawn egg, horse armor, totem, and others.

Use the Crafting Table to craft a new Craft Station block. Crafting recipe below: 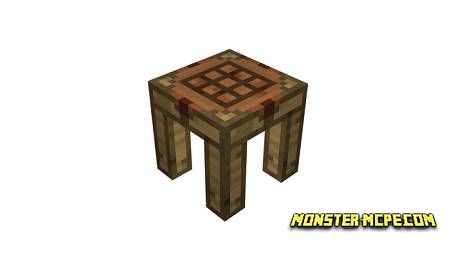 As you can see, the new block does not differ much from the crafting table, except for the shape and appearance, the functionality and purpose of each of the blocks are almost the same, only using the new Craft station block you can create even those crafting recipes for blocks and items that you could not previously do it.

Let's take a look at all the new crafting recipes that you can create using the new block:

1. The first item is Totem, to craft this item you need gold ingots and a golden enchanted apple, the recipe is below: 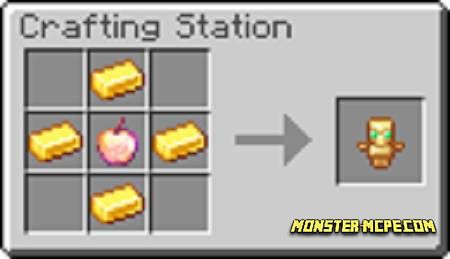 2. The next item is Horse Armor, to craft this item you need iron ingots and leather, the recipe is below: 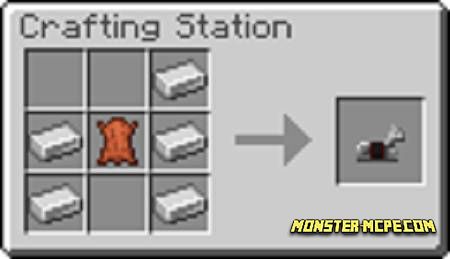 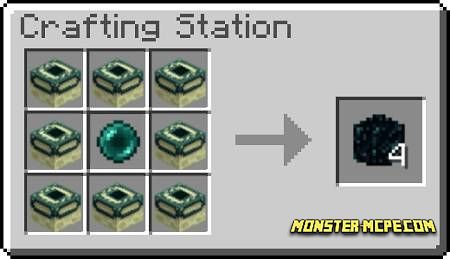 4. A very useful item, Elytra, for crafting which you need iron ingots, a string, a feather, and a phantom brain, the recipe is below: 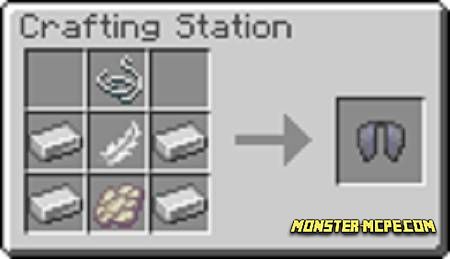 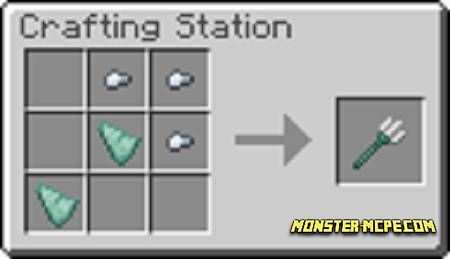 6. Spawn egg and many others: 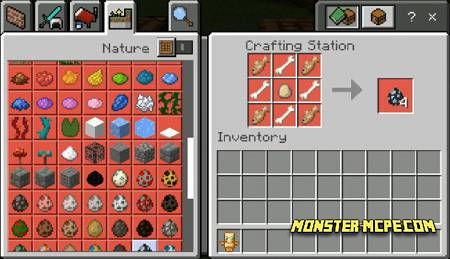 Related News:
Cave Enhancements Add-on 1.16+
We present to your attention a large and fairly voluminous Cave
Jurassic Addon
Jurassic Addon - this is a fairly large and voluminous addition that,
Minecraft PE 1.18.0 for Android
We present to your attention the new version of Minecraft Pocket
Download Minecraft Java 1.14
Everyone is looking forward to a new update for everyone's favorite
Comments (0)
Commenting