This addon adds some new elements into your game. Mods that was not available for windows 10 edition (!!) of java edition, from now is available.

This is pretty simple process. Using usual resources, you can create all of listed items. Find the village and use some workbench, for creation of weapon. 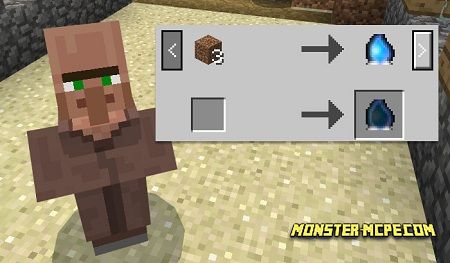 Here is a list of new things which that was added to this mod: Find weapons of Smith and click on trade in order to have swords below:
Please pay attention:

(!) — all effects of items are available only on one hundred and twenty seconds. Remove and take once again object which you already used in order to resume it effects.