Would you like to have to fun new hats for your character? If yes, then the new add-on is what you need. The new add-on adds some funny hats to the Minecraft world that will allow you to change the appearance of your character. Let's take a look at the features of this add-on below.

As mentioned earlier, the new add-on adds some funny hats to the Minecraft world that will allow you to change the appearance of your character.

1. The first hat is called a top hat. A feature of this hat is its appearance, namely the height of the hat, which will be higher than the average head of the character. This hat can give your character more nobility and create a chic look. Players can use this hat when playing survival games with their friends.

Surprise your friends with an awesome hat look. To craft such a hat, the player will need two blocks of black wool and two black carpets. 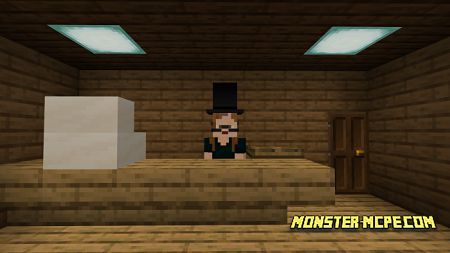 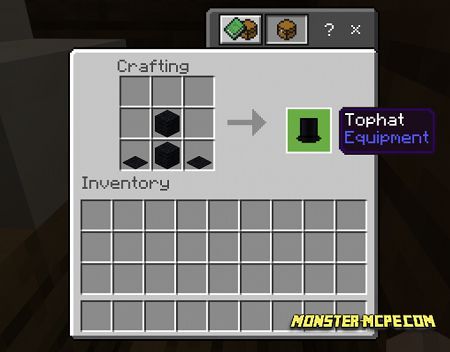 2. The second hat is called the bowler hat. This hat has a funny shape. This hat, like the previous one, can be used by players for role-playing games or just for fun. We also draw your attention to the fact that this hat can also be used by players to play during survival and can be created on the crafting table using a special crafting recipe.

To craft such a hat, the player will need one block of black wool and two black carpets. 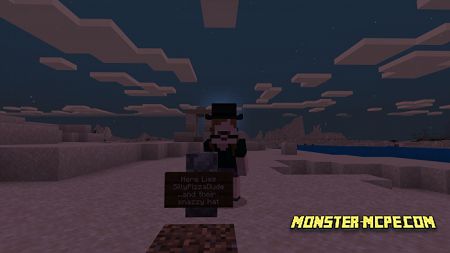 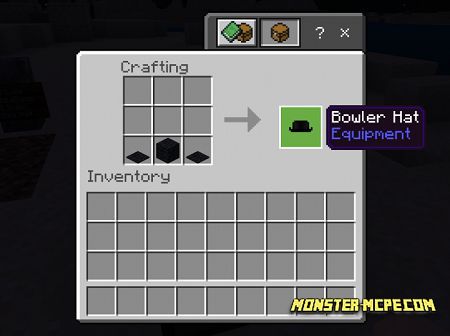 3. And the last hat looks more like a deer horn headband. It's just a fun type of headgear that players can also use for their own purposes. 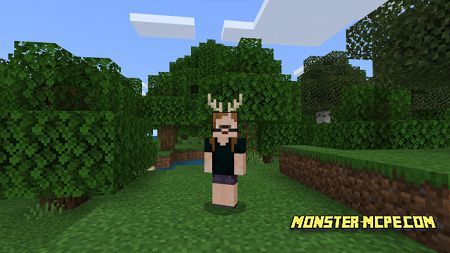 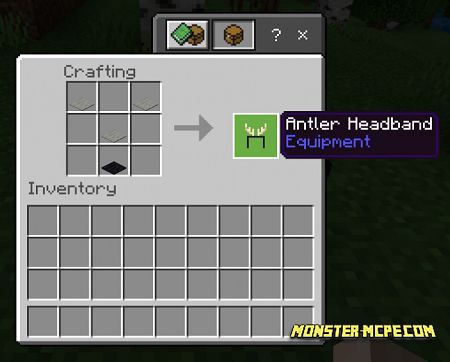 Please note that in order for the add-on to work correctly, you must activate the Holiday Creator function in the game settings!

Related News:
More Tools Add-on 1.16+
Has it ever happened that you have a lot of resources in your
Golden Utilities: Transport Any Mob and Much More Add-on
Have you ever faced the problem of transporting mobs or maybe you
Cave Enhancements Add-on 1.16+
We present to your attention a large and fairly voluminous Cave
Caps and Hats Add-on 1.16/1.15+
Would you like to add a new accessory to your character? If so, then
Comments (0)
Commenting