You've probably heard about the secret organization of SCP, the essence of which is Secure, Contain, and Protect. If you are familiar with the organization and know what it does, or you just want to add new creepy monsters to your world that were held by the SCP organization, then the new add-on is what you need. The new add-on is generally very simple, it only adds three new creatures and will not cause lags in your Minecraft world.

Let's take a look at the features of this add-on below.

As mentioned earlier, the new add-on adds three new creatures, each of which is part of a large secret SCP organization.

1. The first creature is called SCP-096, it is a terrible and creepy creature up to three meters tall, with long arms, and the ability to open its mouth very wide. Be prepared to run away or fight him in case you look him in the face. This creature is very dangerous and can kill you. Creature screenshot: 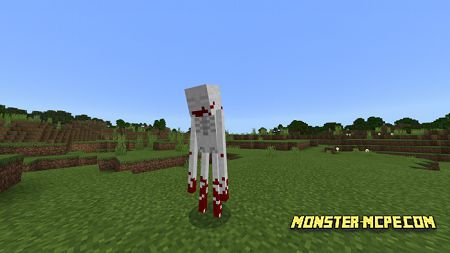 2. The second entity is named SCP-049. This creature looks like a human in a plague doctor's robe. The robe of this monster grew out of the monster itself and who is hiding under the mask is unknown. These creatures are very fast and very strong, it only takes one hit to kill you, be careful. Creature screenshot: 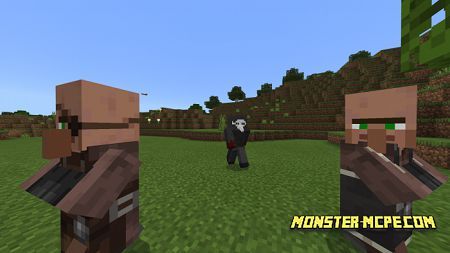 3. And the last creature is called SCP-939. This creature has no eyes but has very good hearing, so if you want to survive, do not make loud sounds. These predators will attack all living things. Creature screenshot: 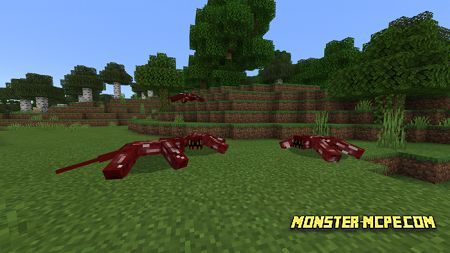 Blocks you can sit on sometimes create bugs. If this happens, type the command from the picture below

Related News:
Cave Enhancements Add-on 1.16+
We present to your attention a large and fairly voluminous Cave
More Tools Add-on 1.18
Has it ever happened that you have a lot of resources in your
Golden Utilities: Transport Any Mob and Much More Add-on
Have you ever faced the problem of transporting mobs or maybe you
SCP Site - 42 Map
Today we present you with a new really large SCP-style map called
Comments (0)
Commenting