Would you like to have something like an item, block, or something else that would help you keep your level even after death? Do you think this is impossible? But no, because with the new add-on, players can safely go into battle without fear of losing their level after death. The new add-on adds special mechanisms in the form of special functional blocks that allow the player to save their level or save it for use at any other convenient time! Two new level blocks will be added to the game, namely the Level Drainage Block and the Level Infusion Block.

Each block has a specific feature, for example, one block pulls levels out of you, and the second adds levels to your character. Confused? Let's take a look at the features of this add-on below.

As mentioned earlier, the new add-on adds two new blocks to the Minecraft world that can be very useful to players during survival, namely as level storage. Two new blocks allow the player to regain lost levels or simply save them for later use.

Attention, we draw your attention to the fact that the blocks do not store the player's levels inside themselves. Each level saved is stored differently for the players. Below you can see how these blocks look in the game:

As mentioned earlier, two new blocks will be added to the game, namely the Level Drainage Block and the Level Infusion Block.

Please note that in order for the block to work correctly, you just need to stand on top of it!

The Level Drainage Block sucks levels out of your character for use at other times or just for storage.

Screenshot of the block below:

Level Infusion Block returns back to the player its levels that were stored before.

Screenshot of the block below: 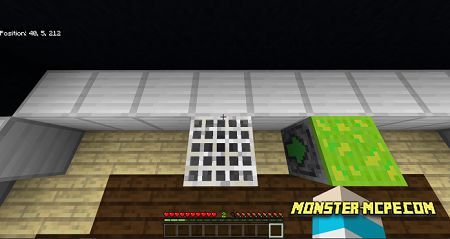 In order for the player to check how many levels are left, it is necessary to interact with the block or press the right mouse button. 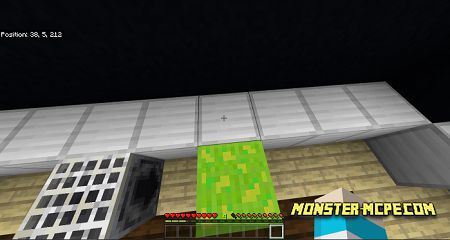 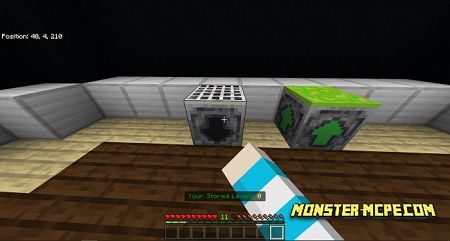 As you can see, it is quite easy to craft blocks!

After that, players will see a reload message.

Related News:
More Tools Add-on 1.16+
Has it ever happened that you have a lot of resources in your
Golden Utilities: Transport Any Mob and Much More Add-on
Have you ever faced the problem of transporting mobs or maybe you
Cave Enhancements Add-on 1.16+
We present to your attention a large and fairly voluminous Cave
Realistic Storage Furnitures Add-on 1.16/1.15+
We present you with a very interesting and practical addon that
Comments (0)
Commenting