Do you like the difficulties in the Minecraft world? Do you like battles? If you are the one who is not afraid of different trials and difficulties, then the new add-on is what you need. This add-on makes pillager raids more difficult by making their raids more frequent and with more mobs. Each subsequent wave of mob attacks will increase the number of mobs, so get ready for an epic battle.

A battle with a really large number of mobs awaits you. This add-on allows players to improve their fighting skills, as well as gain experience in battles against mobs in raids. Below you can see some of the stages of the Pillager attack.

The first stage is the easiest, but at the same time, not the same as usual, as such mobs as melee pillagers and hard pillagers will attack the village. Players can use other add-ons to defend the village with villager guards or with other players for a better experience and fun. The second stage becomes more difficult since at this stage you have to fight in addition to other hostile mobs like Piglin, vindicator, and some other mobs. 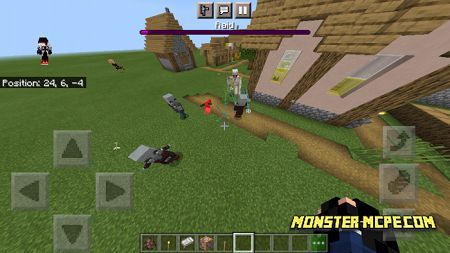 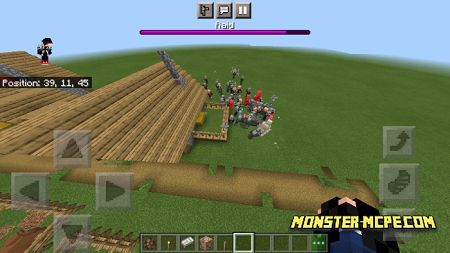 The third stage becomes a real madness, since already at this stage the players will be attacked by such mobs as Ravager, hard pillagers, and others.

And the fourth stage for the most persistent and strong players! Now you will be attacked by all hostile mobs such as pillagers, witches, evokers (which can summon vexes and TNT), and many others! 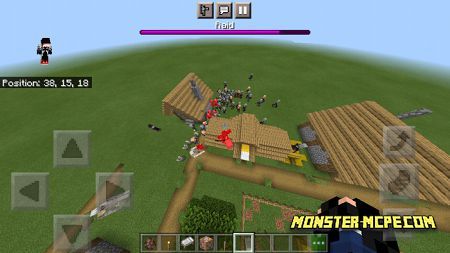 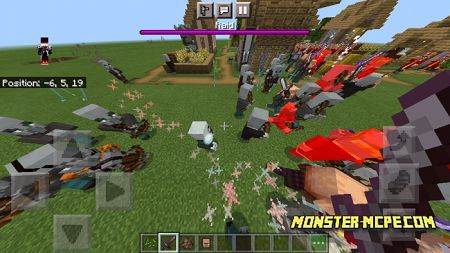 Related News:
More Tools Add-on 1.16+
Has it ever happened that you have a lot of resources in your
Better Pillage Add-on 1.16+
Have you ever fought such hostile mobs as Pillagers? If so, then you
Village Guards Add-on 1.16+
Would you like to add mercenaries to your Minecraft world who would
Pixel Gun Melee Weapons Add-on 1.16/1.15+
Have you ever played the Pixel Gun game? For those who do not know
Comments (0)
Commenting