Would you like to add different healthy apples for your survival? If yes then the new addon is what you need! The new addon adds new apples to the Minecraft world, each of which has unique features. The game will add such types of apples as diamond, iron, emerald, Redstone, lapis lazuli, healing, and obsidian. A feature of all apples is their effects, which are given to the player after he eats them. In order for the player to use the magic apples, you must first craft them as you can see below, we will also consider what effects new magic apples give. 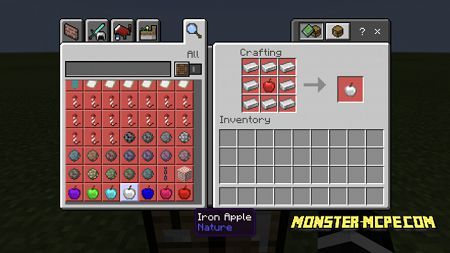 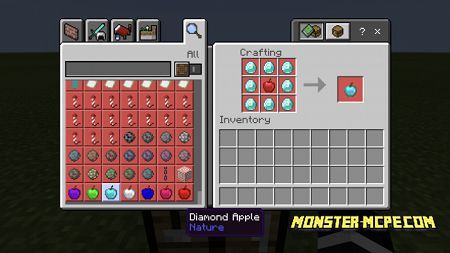 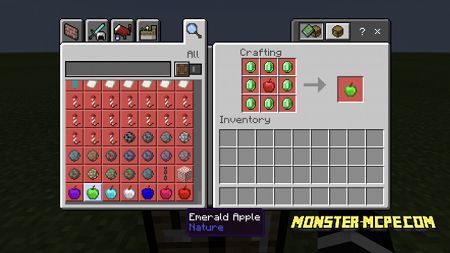 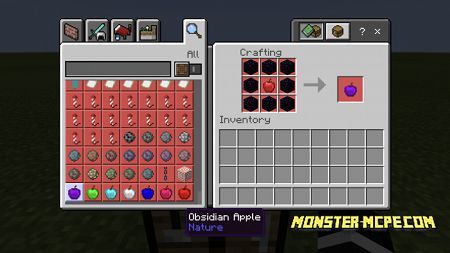 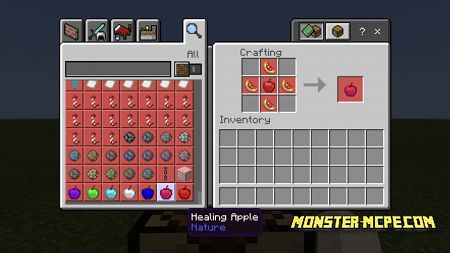 6. And the last apple is Redstone. This type of apple gives players such effects as jump boost (90 sec.) And speed (90 sec.). Crafting recipe: 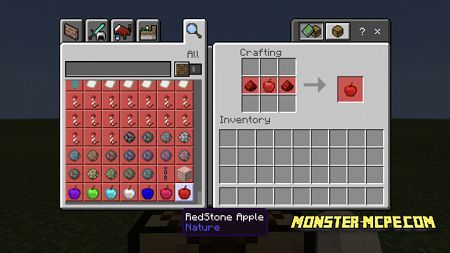 Related News:
Socketed Armor Add-on 1.16+
Would you like to add new armor sets to your Minecraft world? If yes,
Cave Enhancements Add-on 1.16+
We present to your attention a large and fairly voluminous Cave
Emerald Gear Add-on 1.16+
Do you like the look of a material like an emerald that is mined from
More Enchanted Apples Add-on 1.16/1.15+
Do you like apples? Do you often have to use an enchanted golden
Comments (0)
Commenting